Ecotherapy Go Play in the Dirt

Wouldn’t it be nice to get a prescription to get outside and play in the dirt? If you live in Washington, DC and visit pediatrician Robert Zarr you might just get a prescription to visit a park.  According to this article DC Park RX is a community health initiative that has mapped green spaces and parks in DC so doctors can prescribe time in parks to their patients.

“Researchers in the United Kingdom found that when people did physical activities in natural settings instead of “synthetic environments,” they experienced less anger, fatigue, and sadness.”

Time after time it has been proven that spending time outside with nature has physical and mental benefits. Ecotherapists understand this and prescribe nature based exercises to their patients.

What a simple way to be healthier and feel better. It doesn’t involve eating better, drinking less or losing 50 pounds it just involves spending more time outdoors.  And if spending a little bit of time outside is good for you then just think about how great a week in the Boundary Waters would be?

“The idea that nature exposure is important to human health goes way back…  In an 1862 issue of The Atlantic, Henry David Thoreau praised the vigor-inducing virtues of walking in nature: “Think of a man’s swinging dumbbells for his health, when those springs are bubbling up in far-off pastures unsought by him!” Also in this magazine… a physician wrote, “No doubt the lives of thousands would be saved by destroying their houses, and compelling them to sleep in the open air.”

Plan a Boundary Waters canoe camping trip and enjoy bubbling springs and sleeping in the open air and as an added bonus you’ll reap the many health benefits it can offer. 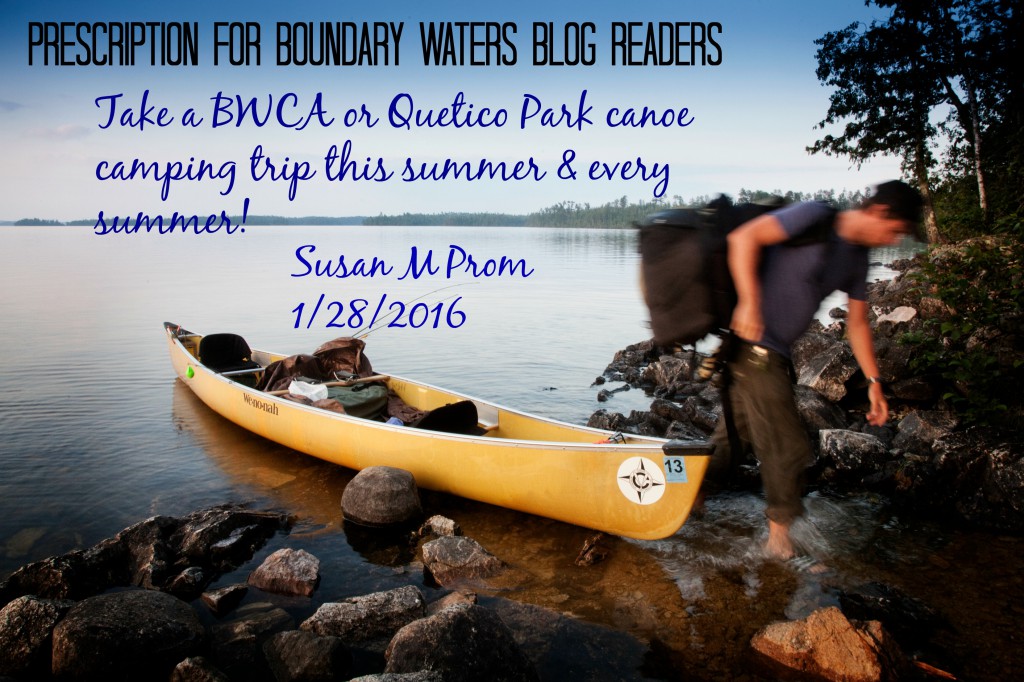