I usually don’t swear in a blog post but all of the titles I came up with worked better with some form of the word “shit.” I apologize if I offended you but since I too was offended by shit I am rationalizing my use.  I absolutely love camping and paddling in the Quetico Park and I don’t mind not having a latrine at all of the various campsites. I actually prefer not having a latrine except for when people don’t know how to deal with their own shit.

If you aren’t familiar with the Quetico Park the main thing you need to know is there are no designated campsites. You can camp anywhere you would like to while in the Quetico. The map companies like to mark just a few of the places where people have “established” campsites. These places usually have a nice fire ring built, a few flat tent sites, a rock ledge and sometimes the makings of furniture around the campfire ring in the form of logs. These sites are the most used ones and that can be a problem. 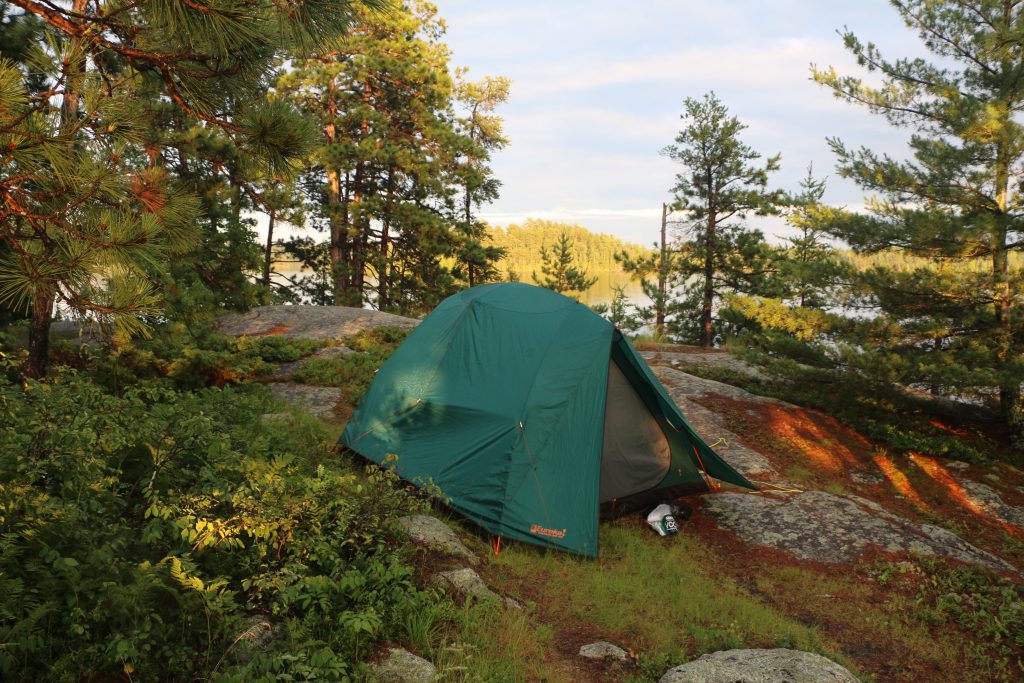 camping in the Quetico Park

It probably wouldn’t be a problem if people were courteous and thought of other people when selecting their place to poo. Too many times I have walked two feet from the fire ring and there is soggy toilet paper discarded beneath a tree.  This summer while on a Quetico trip I was making my way back to the woods far from camp and slipped and almost fell to the ground. When I realized what I had stepped on in the middle of a trail I was disgusted to find it was someone’s pile of crap and toilet paper. It had been there awhile so it blended right in with the pine needles and I didn’t notice it until it was too late. Who would think of stopping to poop right in the middle of the trail?

I know there are times I have had to go to the bathroom really badly and haven’t picked the best place to go, but guess what I do next? I move it. I know people aren’t excited about going poop in the woods but wouldn’t it be wonderful if Quetico campers paddled out to the far side of the lake and found a spot to go well away from camp?

I get it, no one is going to do that but they could do a better job of hiding their crap. Here’s one idea I like. Your entire canoe group grabs a shovel, takes a hike as far back from camp as possible, finds a pile of rotten wood or a place near a big rock or someplace the general public would never think of walking. Then you carefully lift the duff and dig a little trench in the form of a line. The group decides to start at the left when facing the line and when the first person has to go poop they squat above the line and then bury it. The next person who has to go can observe where the previous person went and goes next to it. Each time the person who left the deposit makes sure to cover it completely and even puts a rock over it. If you want to be a real poop hero then take the shovel or a stick and stir the toilet paper into the poop so it degrades faster and animals won’t dig up a whole piece of toilet paper.

If you think you are doing the next person a favor by allowing them to see where your entire group pooped for the week then you are wrong. No one wants to see that. I came up with a game for our family to play while on our trip but unfortunately no one was interested in playing. It goes like this. One person from your group goes to poop and returns to camp. The other members of the group then go out into the woods to look for where the person pooped. It’s kind of like Hide and Seek in the sense if they can’t find it then you win but the best part is everyone else who visits that campsite in the future is also a winner.

The next time you’re camping in the Quetico don’t do a shitty job at burying your crap and everyone will be happy campers.