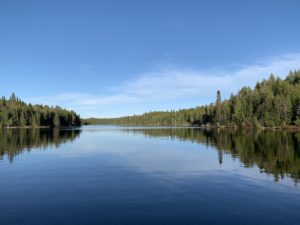 After all of the excitement and anticipation of a Boundary Waters Canoe camping trip no one expects their trip to end in a tragedy but it happens. People drown because they don’t wear a life vest. It’s a headline that would never be printed if people wore life vests while on the water. They don’t work if you don’t wear it.

According to investigators, the man fell overboard while with friends on a boat. While his friends were able to pull him out of the water and attempt CPR, the man was pronounced dead by paramedics.

The man’s name has yet to be released.

Two other men drowned in Minnesota over the holiday weekend. One died after struggling in a pond in Loring Park and the other died in a Burnsville lake while trying to help his girlfriend.