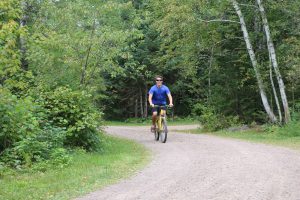 I think everyone would agree the majority of kids these days don’t spend enough time outside. Most people can remember spending all summer long outdoors. I know I didn’t even want to go inside to eat lunch or supper. From sunrise until sunset, or later if I could convince my parents, I would be outside. I lived in town and I found plenty of ditches to climb in, railroad tracks to balance on and backyard trees to climb.  We played on jungle gyms, swam in pools, threw frisbees and used our imagination to come up with a number of other fun activities.  It didn’t matter what we were doing as long as we were outside.

We all know there are many benefits to spending time outdoors. Improving ones mental health is probably the most noted benefit of spending time with nature. Improved mood, reduced stress, better ability to concentrate and increased happiness are some pretty good reasons to get outside. But it turns mental health isn’t the only benefit. Spending time playing outside can help kids stay healthier, have fewer sensory issues, improve their balance and help their eyesight. 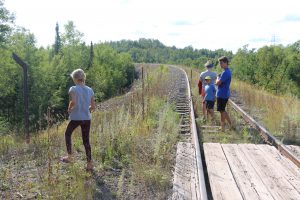 It turns out playing in the dirt can not only reduce anxiety but it can also help the immune system and brain development. According to an article I read, “Our increasingly sterile environments filled with hand sanitizer and germ-phobias has limited the variety of skin microbiome in adults and children. So kids are cleaner…the problem? A diverse skin microbiome benefits the human immune system, and without that diversity, you have increased risk for illness, disease, and other medical issues such as asthma.”

I read an article by Angela Hanscom(a Pediatric occupational therapist) who notes a dramatic increase in children being referred to occupational therapists for sensory issues. “As we continue to decrease children’s time and space to move and play outdoors,” Hanscom writes, “we are seeing a simultaneous rise in the number of children that are presenting with sensory deficits.”

Hanscom also notes, “Underdeveloped vestibular systems are more common in children with less exposure to the outdoors. The Vestibular system is responsible for the ability to balance.  In other words, they have decreased body awareness and sense of space. Teachers are reporting that children are falling out of their seats in school, running into one another, pushing with more force during games of tag, and are generally clumsier than in years past. In fact, the more we restrict and coddle our children, the more unsafe they become.”

A google search on eyesight and time spent outdoors will give you a lot of reading material. All of the results from studies show the more natural light kids receive the lower their chance of nearsightedness. Research shows there has been an increase in the percentage of Americans ages 12-54 who are suffering from myopia(nearsightedness) over the past 45 years. The number has increased from 25 percent in early 1970 to 41.6 percent today. 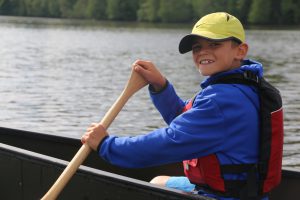 From an article I found,  “Dr. Christopher Starr, an ophthalmologist from Weill Cornell Medical College, suggests one to three extra hours per day should be spent outside. This is in addition to school recess time. Dr. Starr explains that dopamine, a known inhibitor of eye growth whose release is stimulated by light, prevents elongation of the eye. Lack of dopamine results in the eye becoming more elongated, resulting in nearsightedness.”

I encourage you to find some kids and take them outside to play. Show them how much fun spending time outside can be and you’ll all benefit.