I’m sure there’s at least one person who is waiting for an update on the bear situation at Voyageur. The good news is the bear hasn’t gotten into any buildings lately. He did bite into Elsa’s liquid laundry detergent and proceeded to drag her empty cooler into the woods but that is about it. He was a “no show” on his execution nights so lucky for him he is still alive, so is the toad.

What toad you ask? The toad the VCO crew watched get swallowed by a snake this morning. They didn’t want to intervene with nature so they did nothing to help the toad as it was slowly devoured by a snake. Good thing for the toad the snake sucked off more than it could suck and the toad exited the snake and hopped away with only an injured leg.

Speaking of injuries…  The Voyageur Crew performed amazingly at the annual canoe races with only a few bumps and bruises to show for it. I’ll have a full re-cap in a later blog.

There are a few blueberries beginning to ripen but not enough to warrant a picking day yet. A week possibly two and there should be some good picking. Raspberries are looking better for those with patience. The forecast for the next week looks amazing so get yourself up to the BWCA and visit us at Voyaguer!

I’ll leave you with an amazing photo taken by crew member Evan Gates. 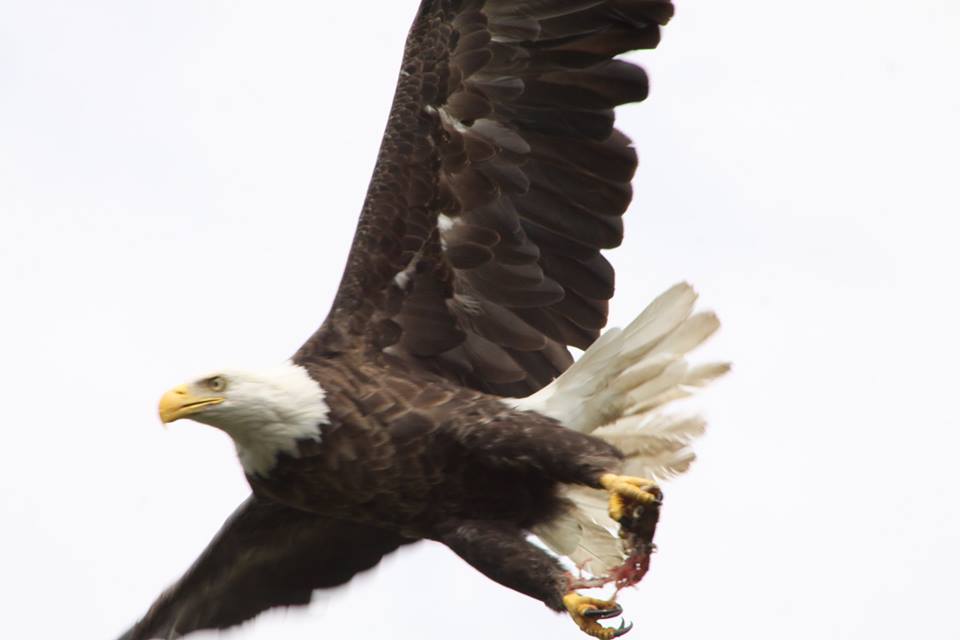 Bald Eagle in Flight with Meal