Water Temperatures Warming Up in the BWCA

All it takes are a few days of sunshine and the lake water warms up quickly. I should rephrase that, the shallower smaller lakes warm up quickly, the bigger, deeper lakes take a little bit longer.  On a calm day the surface temperatures are inviting while the deeper water remains much cooler.

Then there’s Lake Superior that is so big and so deep that we rarely swim in it. Every once in awhile we’ll be brave and go for a dip near Grand Marais but it’s never for a long swim. As you can see from the maps below the temperature of the water is quite frigid. The good news is, it is warming up.

We have to make the most of the opportunity to go swimming because before we know it the water temperatures will begin a downward fall. 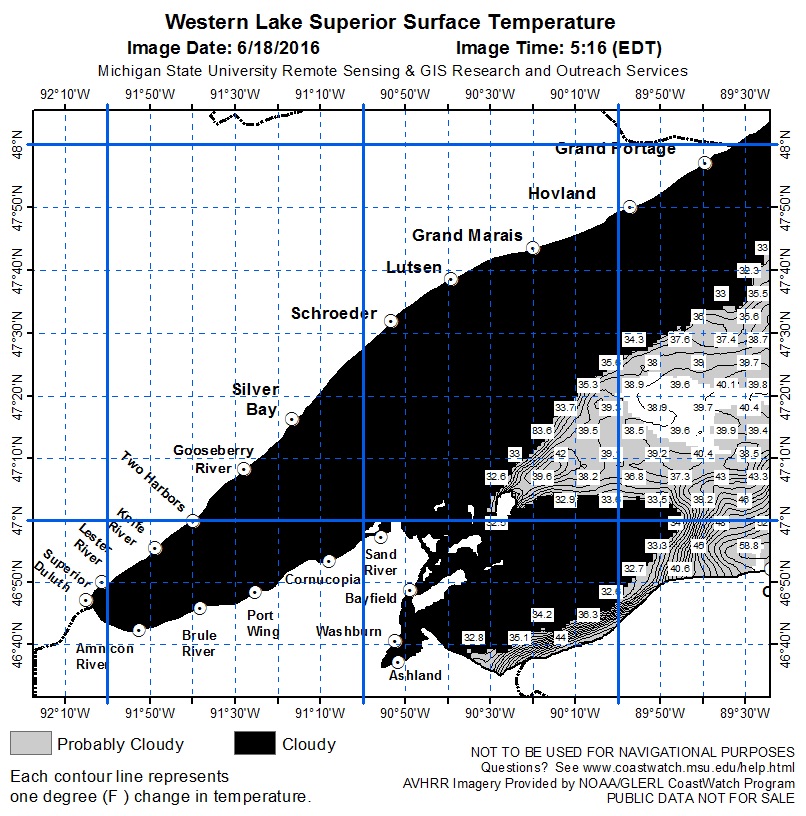