Unexpected Visitors in the Canoe Country 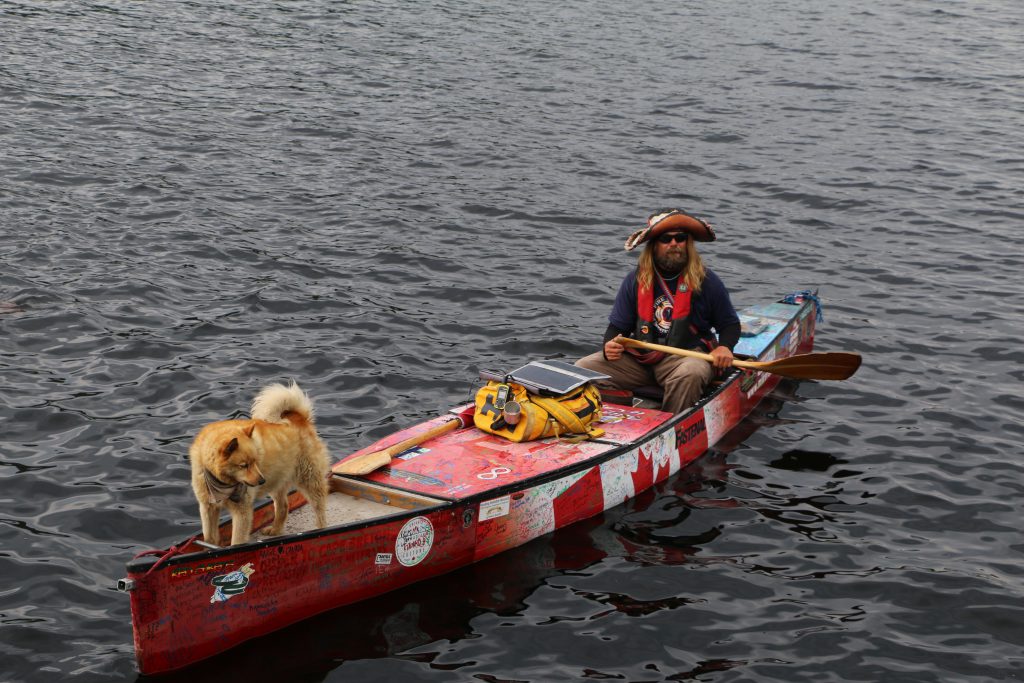 While Abby and I were camping on Saganaga over Labor Day weekend we had unexpected visitors. We could hear the sound of people talking and the occasional bark of a dog but we didn’t pay it much attention. Then we heard a familiar, “Yoo Hoo” and knew it was Janice from Cache Bay.

We were expecting Janice to visit as she had told Abby she might camp with us for the evening. What we weren’t expecting were two more watercraft with a man in each and a dog perched on the bow of one.

It turned out it was Mike Ranta from Atikokan, his dog Spitzi and a photographer named David Jackson. Mike and Spitizi were the recipients of Canoe & Kayak Magazine’s 2015 Expedition of the Year award for their solo cross continent canoe expedition. In 2016 Mike and Spitzi made the trip again honoring veterans along the way.

We encountered the “Modern Day Voyageur” from Atikokan, Ontario while on his third crossing of the continent. This time photographer David Jackson was along to document the adventure in honor of raising awareness for PTSD of First Responders. 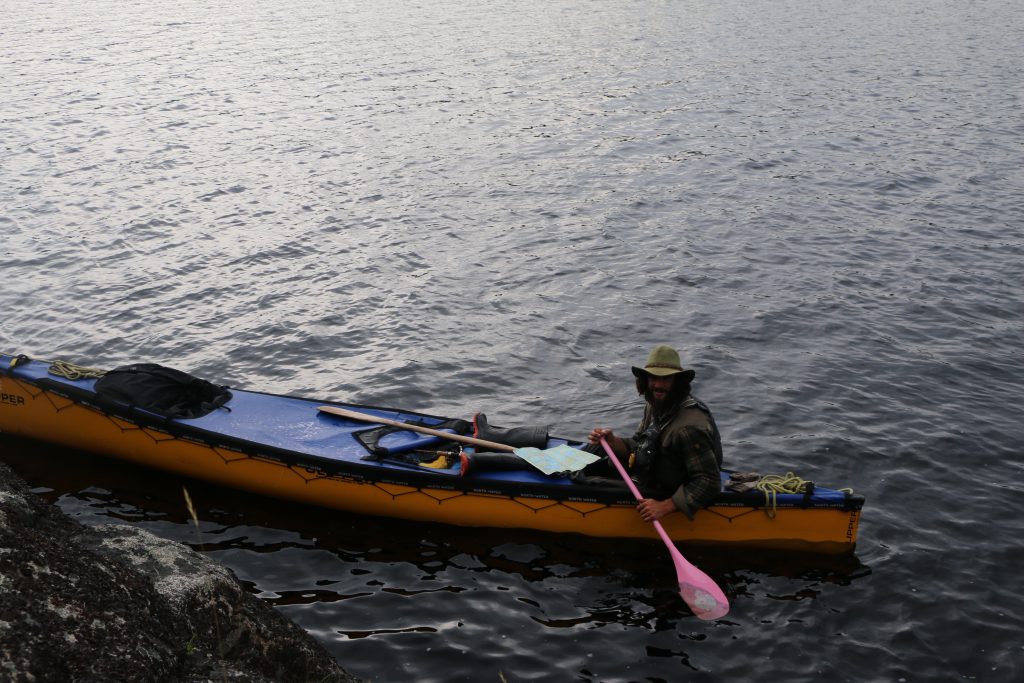 We chatted a bit and then heard the reason we were so honored with their visit. It turns out David had broken his paddle along the way and Janice had a spare at Cache Bay she was willing to let him use. It happened to be one of my Pink Paddles I had given Janice as a birthday present. Sure enough David was holding my paddle and Janice took the opportunity to introduce them to the creator of the paddle.

I’m not one to enjoy making small talk with strangers but when those strangers happen to be on an amazing adventure like they were I could have talked for hours. Unfortunately they didn’t have spare time so after Abby and I added our signatures to Mike’s canoe they were on their way once again. Janice paddled with them across Saganaga to the first portage before returning to our camp for the evening.

We then learned more about the explorers and their adventure. Stories about how they had to pull carts on highways through the Rockies. With canoes and gear loaded they walked over 500 miles! Wind and waves kept them windbound for a number of days on a couple of large lakes including Lake Winnipeg which is notorious for large and sudden waves. These delays caused the expedition to be about 2 months behind schedule and unsure if they would be able to successfully cross Lake Superior this late in the year.

Most people would never consider embarking on such a journey. Most people would call it quits when faced with adversity and weather delays. Mike and David are not most people. These men have something inside of them. Something that if it could be bottled, marketed and sold in stores would make them billionaires. A mix of determination, grit, inner peace, drive, sense of purpose, kindness, companionship, trust, patience, common sense and a deep love of the earth and adventure. 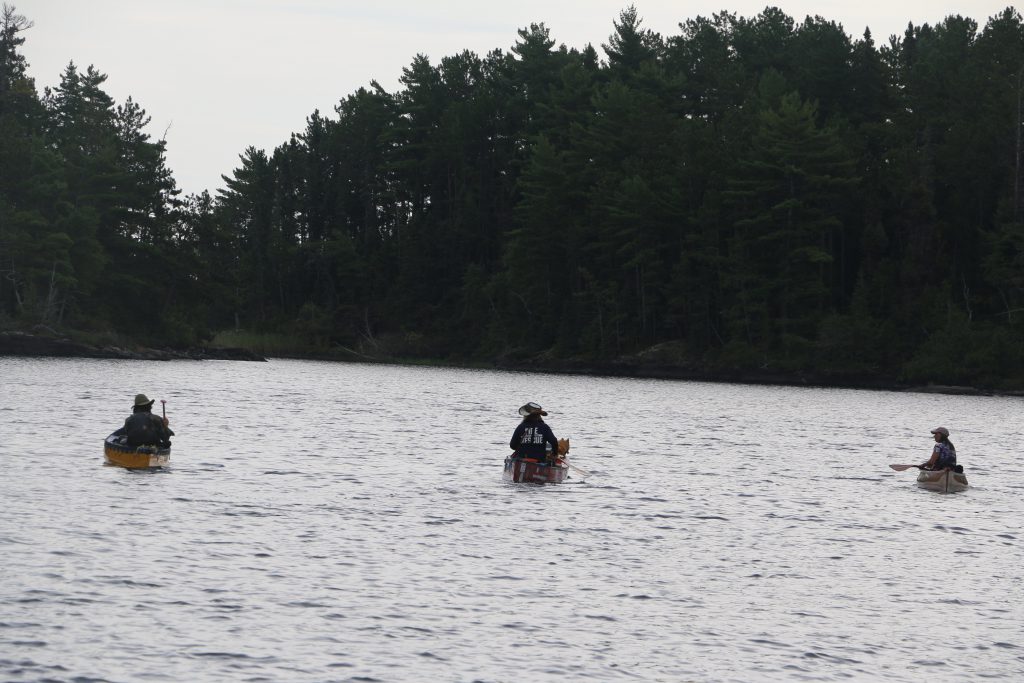