Time for a Quick Dip

With the sun shining brightly and a small hole opening up at the end of our dock on the Seagull River an idea was hatched. The bikinis were already on from sunning on the deck and the thermometer read 65 degrees so why not jump in the river to cool off?

Those were the thoughts of Abby and her friend on Saturday the 12th of March. After a morning snowshoe trek through the woods and across the lake, while the boys were out snowmobiling the girls decided to break the previous record of jumping in the river. Until Saturday the record had been held by Mike’s brother Scott and his friend Nate but it was almost a full month later with similar conditions in an April years ago.

I doubt this record will be broken any time soon unless someone cuts a hole in the ice to do it. 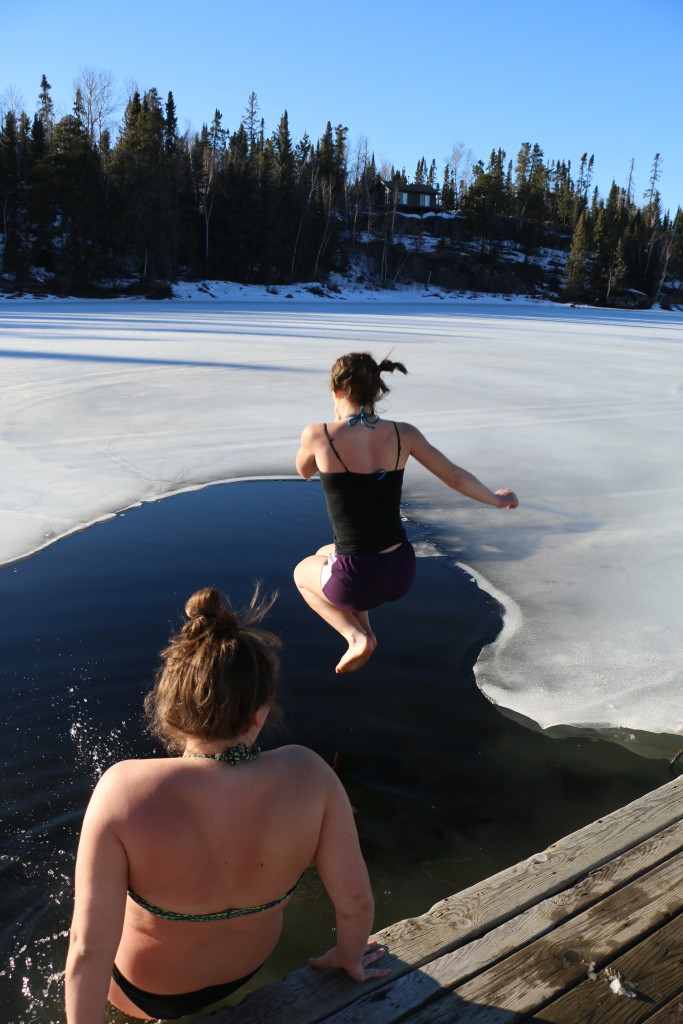 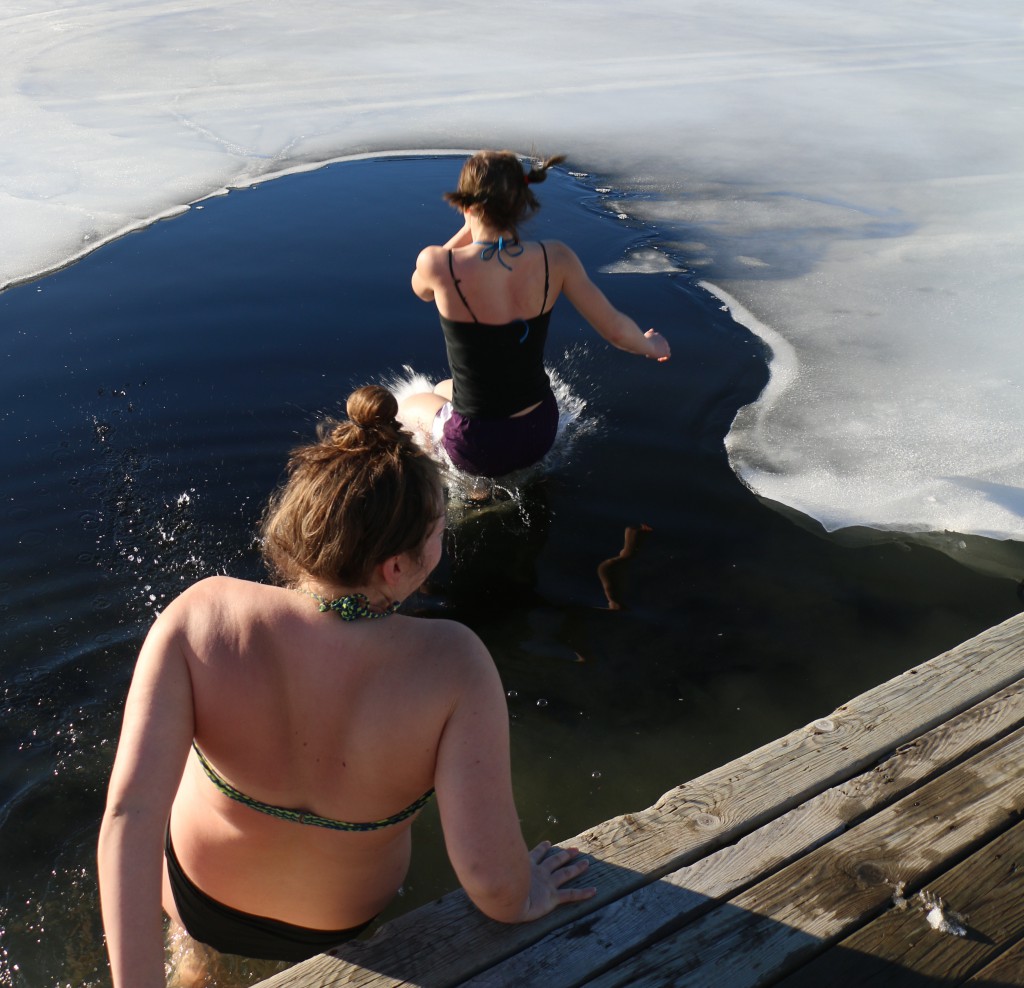 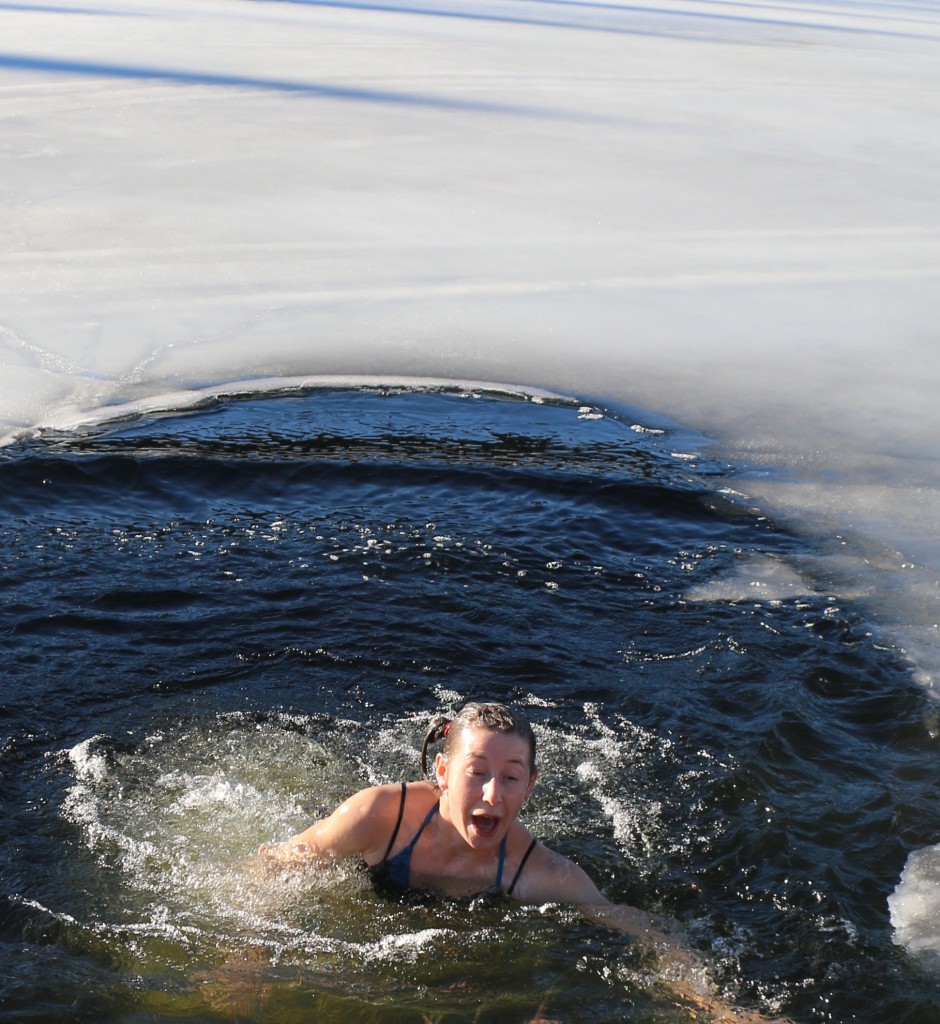 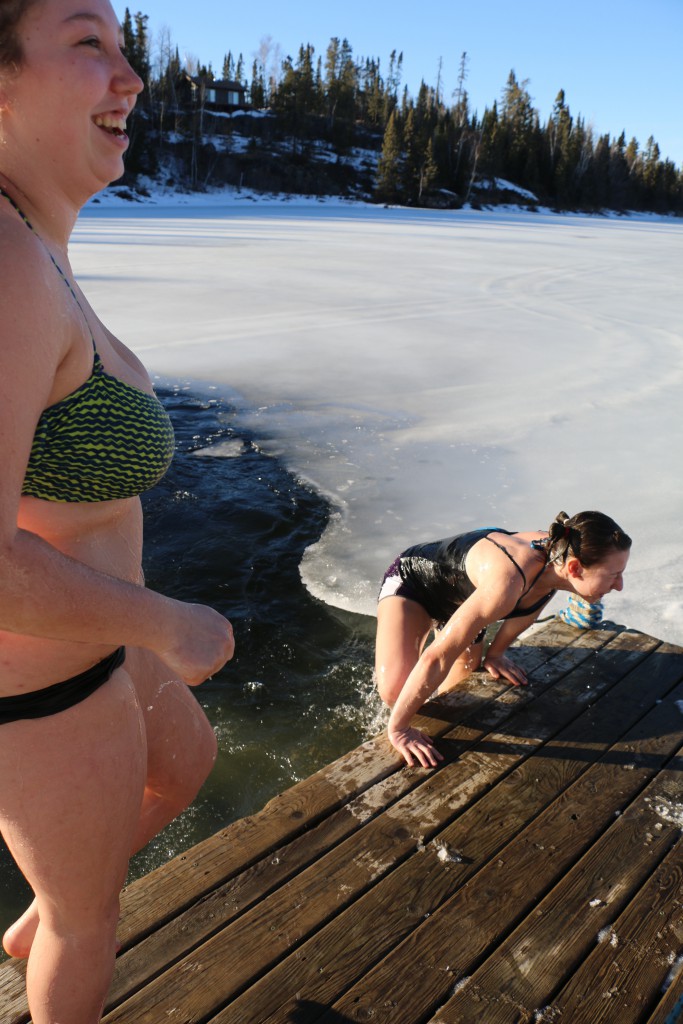 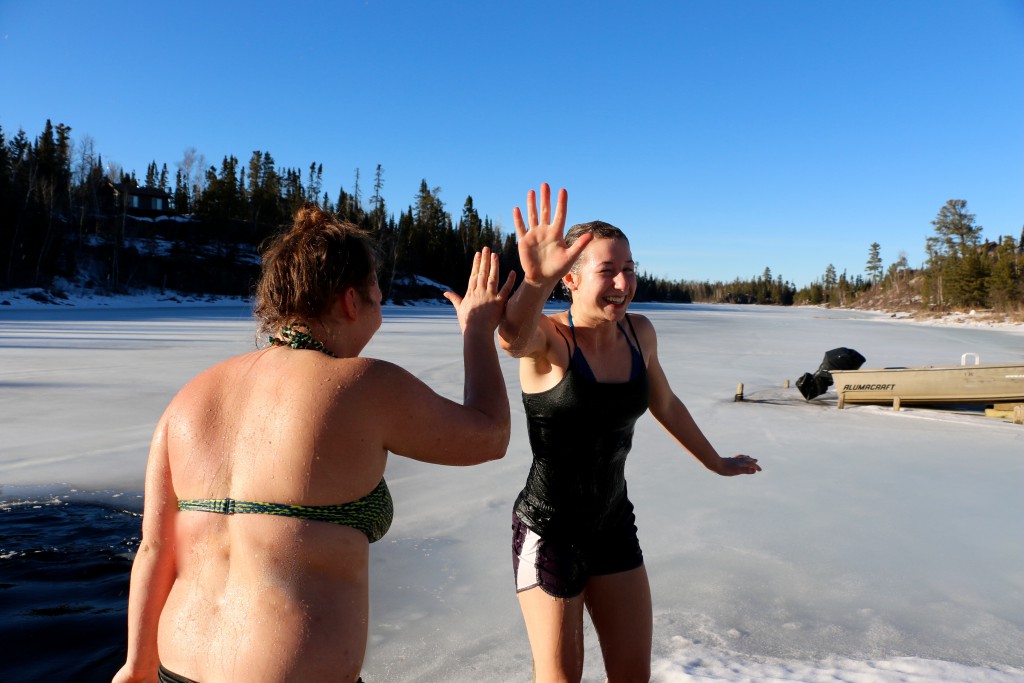 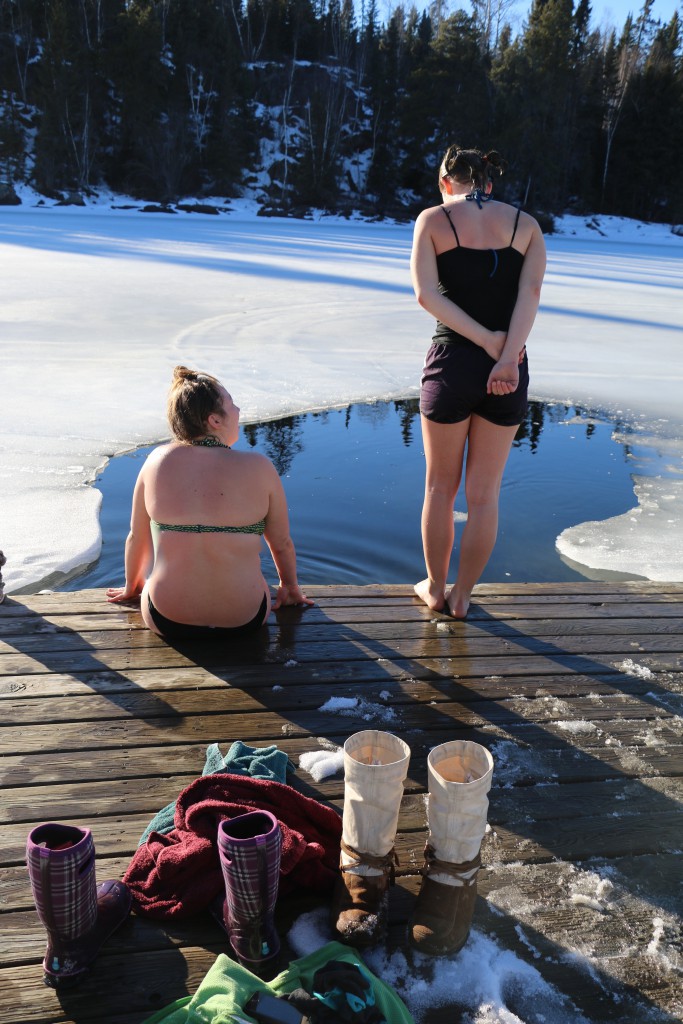