Sauna time at the end of the Gunflint Trail 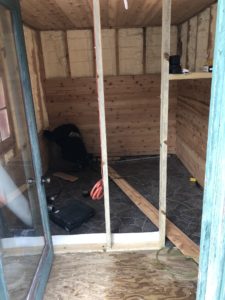 Matt and Cassidy have been busy this winter turning a bunkhouse into a sauna at Voyageur Canoe Outfitters.  This sauna will be available for guests of Voyageur to use when it’s completed.  It is located across the river and is the first bunkhouse at the top of the hill.  Chipmunk is the name of the bunk but it was originally known as Alpine.

This historic building came from a cabin site on the Minnesota side of Saganaga Lake. All buildings had to be removed in the late 1970’s when the Boundary Waters was being established. Don Enzenauer, the previous owner of Voyageur Canoe Outfitters, took advantage of the opportunity to buy a couple cabins. He purchased Chipmunk/Alpine as well as Bald Eagle(the second bunkhouse up the hill, pictured below). Bald Eagle and a similar sized cabin were located on an island near Sag Falls. Don and his neighbor bought the two cabins for $22. The pair had to dismantle them, transport them back to the end of the Gunflint Trail and rebuild them.  Don originally placed Alpine/Chipmunk in front of where today’s lodge stands and he used it as a home. 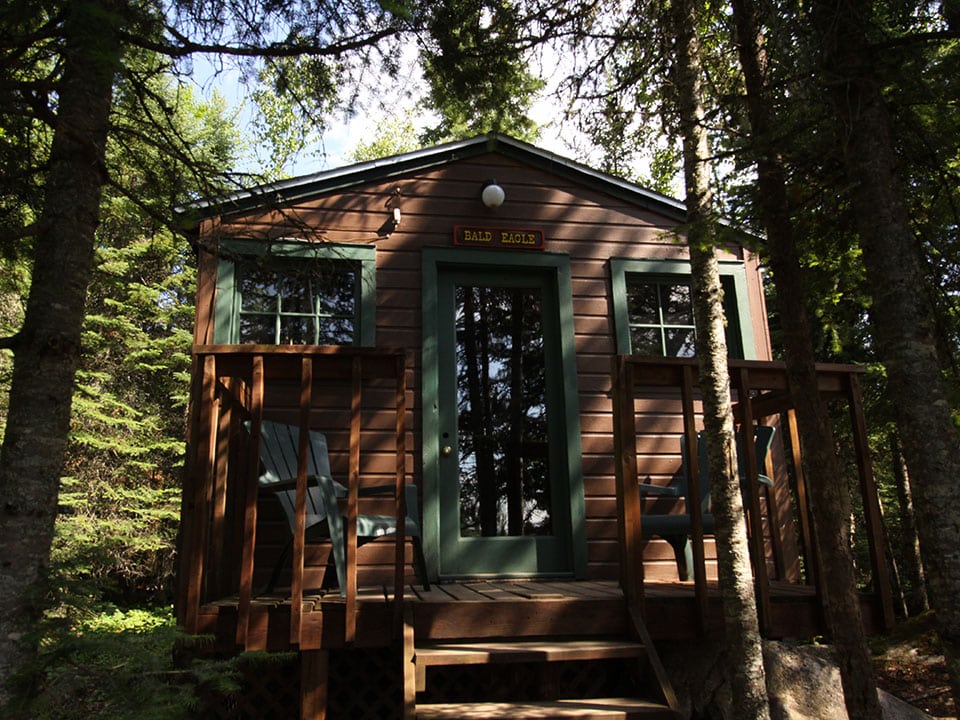 When Mike and I bought Voyageur there was a sauna located at the base of the stairs across the river.  We needed employee housing since we were not going to have employees stay in the Black Bear Cabin any longer.  We turned the sauna into employee housing and eventually into a bunkhouse called Pike.

Building is an expensive endeavor, especially at the end of the Gunflint Trail. We have dismantled other buildings in the area to bring to Voyageur in order to save money and resources on our building projects. Don was way ahead of the green movement when it came to reusing things and I guess you could say we followed in his footsteps as we reuse and re-purpose everything we can.

The Finn Who Would Not Take a Sauna by Garrison Keillor

or The Guy Who Came in from the Cold, by Garrison Keillor.