Home › BWCA › Proposed tower will be visible in the Boundary Waters

Proposed tower will be visible in the Boundary Waters

The last thing I want to see as I’m paddling across a wilderness lake in the Boundary Waters Canoe Area Wilderness is a tower. Well, maybe not the last thing because I wouldn’t want to see a body floating or a fire crowning in the tree tops but you get what I mean.

In order to protect, preserve and create a wilderness area a number of people spent a considerable amount of time talking, planning and working through legislation and public input to set aside land in Northeastern Minnesota that eventually became the Boundary Waters Canoe Area. It started back in 1902 when the U.S. General Land Office set aside 500,000 acres of public lands for a forest reserve in northern Minnesota. Regulations, rules, laws and designations were created through congress  such as the Superior Roadless Primitive Area, Thy–Blatnik Act, Shipstead–Nolan Act and Air-space reservation to name a few.

It’s been a long fight. Loggers versus tree-huggers, motors versus paddles, mining versus preserving and sometimes the fight pitted neighbors against neighbors. Towns were divided based upon opinions, if you dared to express yours.

There’s a high horse around here and I’m probably not going to get off of it real soon.

There is a proposal out for public comment on the Lima Mountain tower project and I encourage you to request information so you can consider the implications of the project. I’ve included the entire proposal on a pdf- Public Scoping Package_MnDOTLima[3] copy the photos on it are better quality and there is a good description of the project.  Comments or questions can be addressed to- christinatampio@fs.fed.us or mail your comments to

If you are against the tower project then make sure your comments are received by the USFS by Tuesday, March 27th, if you’re in favor of the project feel free to not submit comments or do so on the 28th. 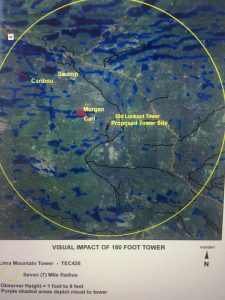 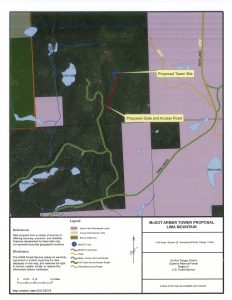