Planning to fish in the Quetico Park this summer?

I love paddling and camping in the Quetico Park. It is more expensive than the Boundary waters but the lack of people paddling in the Quetico makes it worth it. Depending upon the time of the summer and the type of fish you are after the fishing can also be better.

One thing to remember when fishing in the Quetico Park is there are different regulations you must follow. Ontario bans live minnows and leeches, and any bait that requires water, from being imported into the province in an effort to keep out invasive species.  The Quetico Park doesn’t allow any bait alive or dead. You can’t use anything with lead in the Quetico and you can’t have barbed hooks. You either need to use barbless hooks or squeeze the hooks down with a needle nose to fish with it.

What happens if you get caught? According to a recent article, “Russell R. Sikkila Jr. of Chisholm was fined $800 (Canadian dollars) for trying to sneak a dozen leeches into Sand Point Lake, while Carl W. Brandt of Forest Lake was fined $1,500 for hiding bags of leeches in a worm cooler as he crossed the border at Fort Frances.” “In September, two Winnipeg men were found guilty and fined a combined $14,900 for multiple fishing offenses on Lake of the Woods, including obstructing a conservation officer, making false statements to a conservation officer, fishing lake trout out of season, using bait where banned and using barbed hooks where banned.”

It’s pretty easy to catch fish in the Quetico Park without barbs and real bait and it’s easier to release fish without the barbs too. Gulp type baits work almost  as good as live bait these days. It’s a good idea to look at the regulations each year just to make sure you’re following all of the rules and regulations. 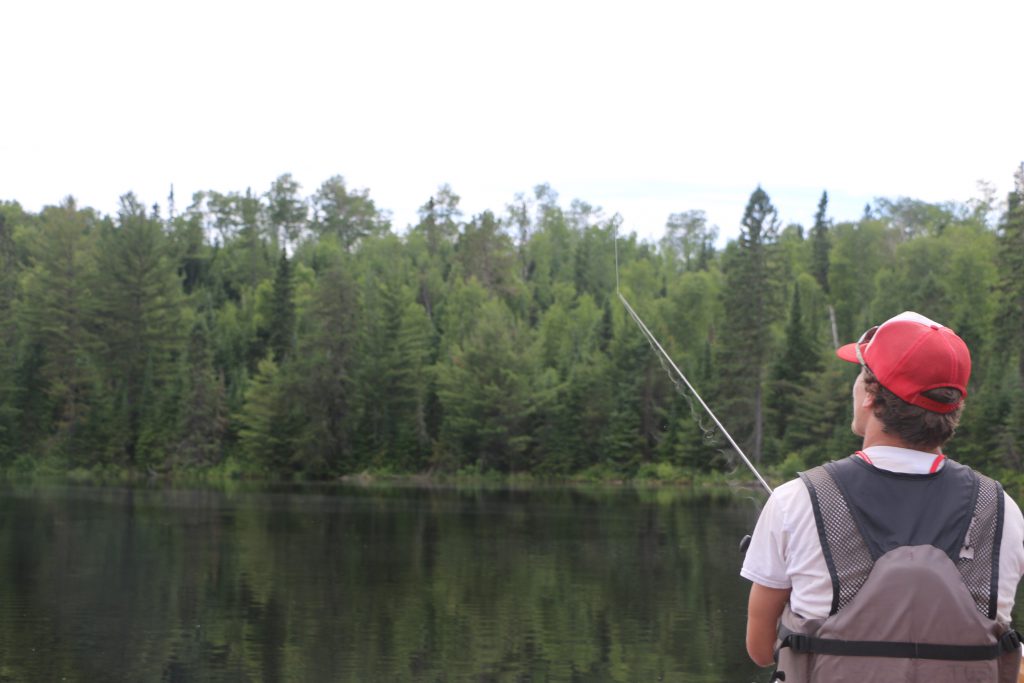