I’ve had these photos since last October and I am finally getting around to sharing them. One of our Voyageur crew members visited the Winona Historical Museum and took a couple of photos he knew I would enjoy. The canoe below is one of the first canoes owner of Wenonah Canoes Mike Cichanowski built. I hope you enjoy these photos as much as we enjoy paddling Wenonah canoes!

Mike Cichanowski was born to paddle. He grew up on the banks of the Mississippi River, where he cultivated a love for the water and an insatiable curiosity to explore it. First with his father’s canoe. Later, with wood-strip canoes he built as a teenager. Fiberglass models soon emerged from the family garage. The roots of those same designs are still evident today in some of Wenonah’s most iconic canoes. 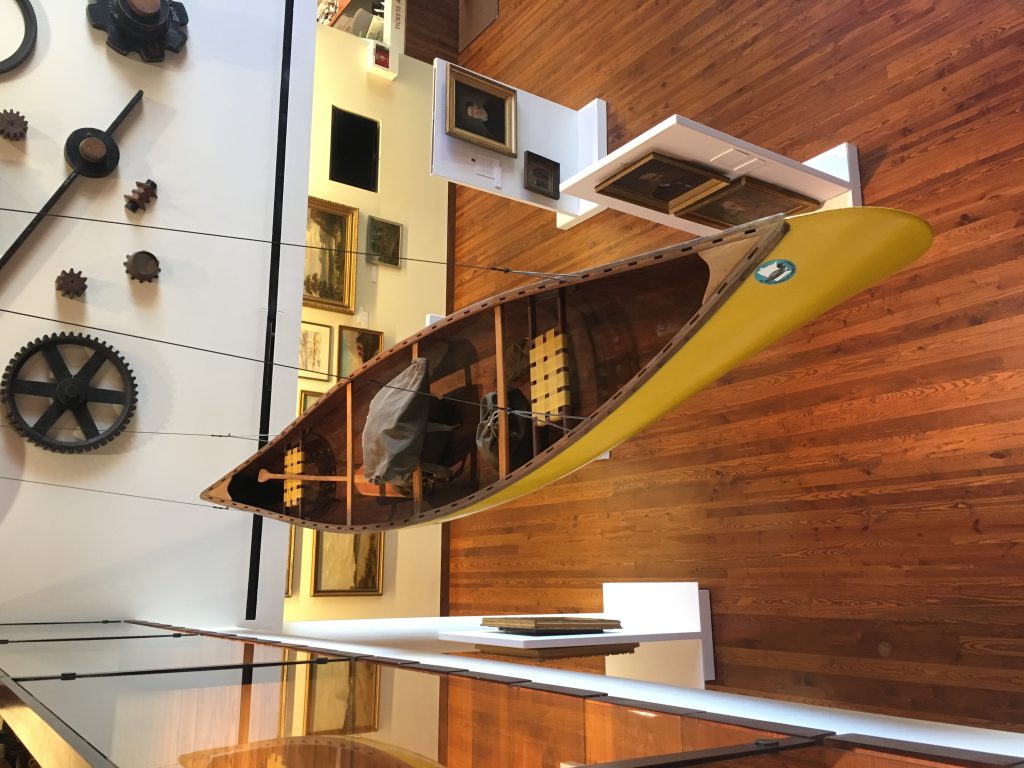 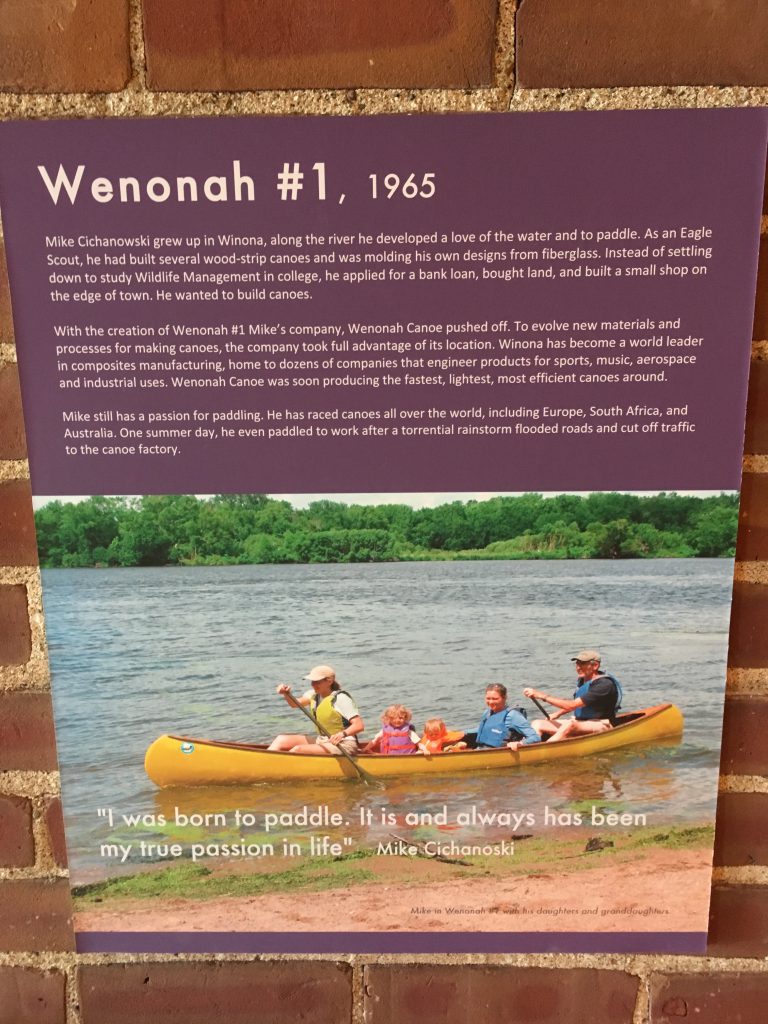