More to the Moose Story

I blogged a few days ago with the DNR Press Release regarding the Minnesota Moose Study.  The press release didn’t have too much information but an article by John Myers in the Duluth News and Tribune sure did. Thank you John for digging into the story and providing readers with some insight.

The DNR has learned something. It turns out wolves are killing moose. In 2008 a moose advisory group was put together by the DNR bu the DNR didn’t want to talk about wolf predation in any of the discussions. Is that because the answer was so obvious they wouldn’t be able to rationalize a full-blown moose study with collaring and killing calves if they admitted wolves were indeed killing moose?

It doesn’t take a rocket scientist or a biologist to determine moose were being killed and are being killed by wolves on the Gunflint Trail. The large number of calves they eat can and does affect the population.

The moose management and research plan was created by the 2008 moose advisory group and printed at the end of 2011. It is now 2015 and the plan is to capture and collar more moose calves even though they already know a large percentage of them die due to abandonment by the mother or because of guess what? Wolves.

According to Myer’s article, “Wolves have killed 69 percent of the collared calves, with bears a distant 17 percent. Most of the calves died within 30 days of being born. Other causes — such as disease, starvation, vehicles or natural abandonment — each accounted for just a few deaths each, Severud noted.

Correct me if I’m wrong but wouldn’t the adult human population decrease if 70% of the babies born were eaten by wolves?

The DNR doesn’t think wolves affect the adult population of moose but remember they didn’t even want to talk about wolves at all in 2008.  What’s that saying? “You’ve come a long ways baby.”

The study was almost shut down last year, bummer it wasn’t.

“We were at a point last summer when we almost shut it down. We were just getting hammered by some of the public and some legislators” because of the high rate of abandonment, DelGiudice said.

But DelGiudice, who spoke last week at a wildlife research symposium specifically on the problem of “capture-related mortality” in calf moose, said he and other researchers began to “figure out what works” by the end of last summer’s collaring effort.

If they continue to learn as quickly as DelGiudice then the only Gunflint Trail moose you see will be at the Minnesota Zoo. Some abandoned calves were taken there when their mother would no longer mother them after being collared.

Sorry for the rant but it really bothers me that moose calves are collared even though we already know many mothers will abandon them and 69% of them will get eaten by wolves. Move on, no more collaring moose calves.  And especially please stay the heck away from the end of the Gunflint Trail. 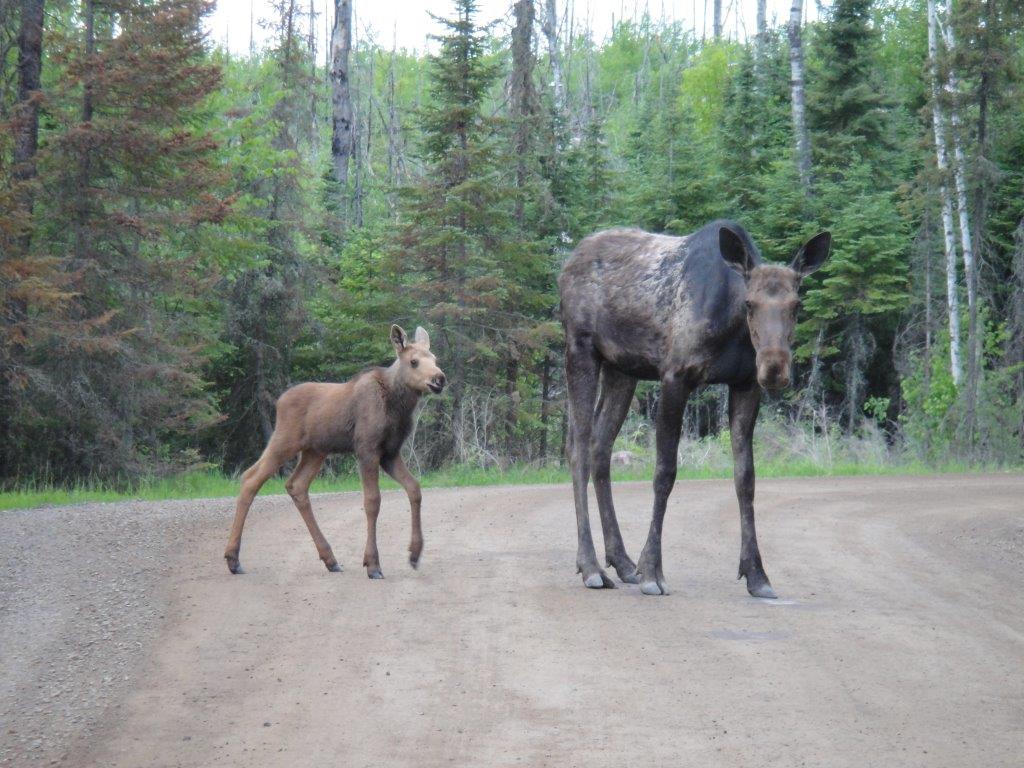