Moose News on the Gunflint Trail

We’ve been seeing way more moose this year than we have in the past few years at Voyageur Canoe Outfitters. It’s been super fun to see them swimming and wading in the water and walking along the Gunflint Trail. The number of sightings isn’t close to what we saw ten or fifteen years ago but at least we’re seeing them again.

What else are researchers saying? The good news is they have finally admitted wolves are killing moose. The bad news is their radio collar studies were not successful. Over 1/3 of the collars either quit working or fell off prematurely.

According to a recent article…

The collar project is almost complete so hopefully they can focus research on managing the wolf population and determining the cause of parasites because the parasites are what cause infections and poor nutrition making it more difficult for the moose to survive winter and protect their young, resulting in the decline of the moose population. 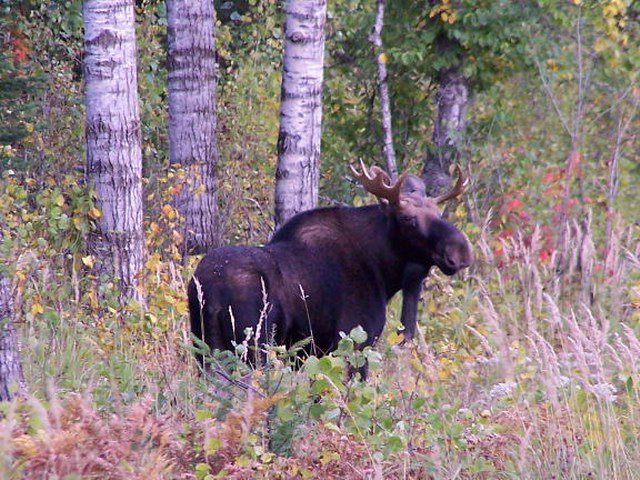 minnesota moose on the gunflint trail