↓ Skip to Main Content
Home › BWCA › Just say, “NO!” Says former Chief of the USFS about Mining near BWCA

Just say, “NO!” Says former Chief of the USFS about Mining near BWCA

Tom Tidwell, chief of the U.S. Forest Service from 2009 to 2017 doesn’t think mining should be done close to the Boundary Waters Canoe Area Wilderness. Here’s his view.

Local View: Industrial mining must be kept away from the Boundary Waters

I first saw the Boundary Waters Canoe Area Wilderness in July 2014 from a seat in a U.S. Forest Service floatplane. Below me, stretching as far as I could see, was some of the most beautiful country I had ever encountered in my 40-year career with the U.S. Forest Service.

The Boundary Waters — part of the Superior National Forest, which is public land owned by all Americans — contains almost 1.1 million acres of forests, lakes, streams, and wetlands. It is the most-visited wilderness area in America and has been every year since its designation under the Wilderness Act of 1964. 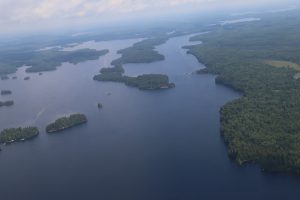 From the air it was easy to see why people were so concerned about a proposal by Twin Metals, owned by Antofagasta of Chile, to develop a sulfide-ore copper mine on the edge of the wilderness. In every direction, interconnected waterways laced the forest, and when considering sulfide-ore mining, the issue of water is central.

When exposed to air and water, sulfide ore in which copper and other minerals occur creates sulfuric acid and generates heavy metals and other pollutants. This is sometimes called “acid mine drainage.” This type of mining is more common in drier landscapes in western states. Even there, water pollution is significant and persistent. The vast network of waterways in the Boundary Waters region makes it particularly vulnerable to acid mine drainage. The increased acidity and heavy metal pollution could be catastrophic. It would be impossible to contain pollution given the interconnectedness of the waters. Compounding the problem is the absence of natural calcium carbonates, which means the water has virtually no capacity to buffer acid mine drainage. 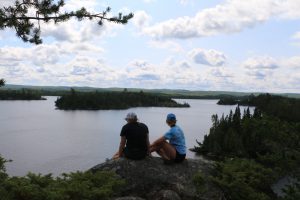 The waterways along the Minnesota-Ontario border would carry pollution from a Twin Metals mine downstream to Voyageurs National Park in the U.S. and to Quetico Provincial Park in Ontario.

Because of the obvious risk to a national treasure, in my position as chief of the U.S. Forest Service, I initiated a review of copper mining in the area in 2014. The process included a public-comment period, two public hearings, and careful scientific assessment of the impact sulfide-ore mining could have on the Boundary Waters watershed. The review process proved conclusively that the watershed of the Boundary Waters is absolutely the wrong place for this type of mining.

In 2016, after thorough consideration of the information gained in the review process, on behalf of the Forest Service, I denied consent for the renewal of mineral leases to Twin Metals and asked the secretary of the Interior to withdraw from the leasing program for 20 years the federal mineral rights in the Boundary Waters watershed. Such a mining ban is preceded by an even deeper consideration of the scientific, economic, and cultural impact of copper mining in the area to ensure the withdrawal is warranted.

The administration of President Donald Trump reversed all this. In May, it brushed aside the science-based review and analysis that began in 2014 and reinstated the Twin Metals leases.

On Sept. 6, the Trump administration canceled the deeper study on the need for a 20-year ban on mining activity in the watershed, further paving the way for Antofagasta’s Twin Metals to build an industrial mining complex on the edge of the Boundary Waters. 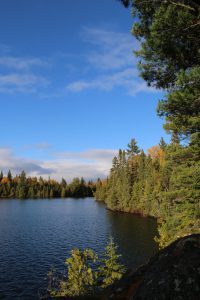 These were bad, anti-science decisions that went against the core mission of the Forest Service, which is to protect our national forest lands. Sidestepping careful scientific review and enabling sulfide-ore mining imperils the entire Boundary Water region, which has a vigorous and sustainable economy centered on clean water and a healthy natural landscape.

For many decades, people from across the country have traveled to the Boundary Waters to enjoy camping, canoeing, fishing, snowshoeing, skiing, and dogsledding. Boy Scouts, Girl Scouts, church groups, school groups, and countless other organizations enjoy the high adventure and opportunities for personal growth and leadership fostered by Boundary Waters expeditions.

We must keep industrial mining away from the Boundary Waters to preserve the rich experiences and priceless wilderness Americans have treasured for generations.