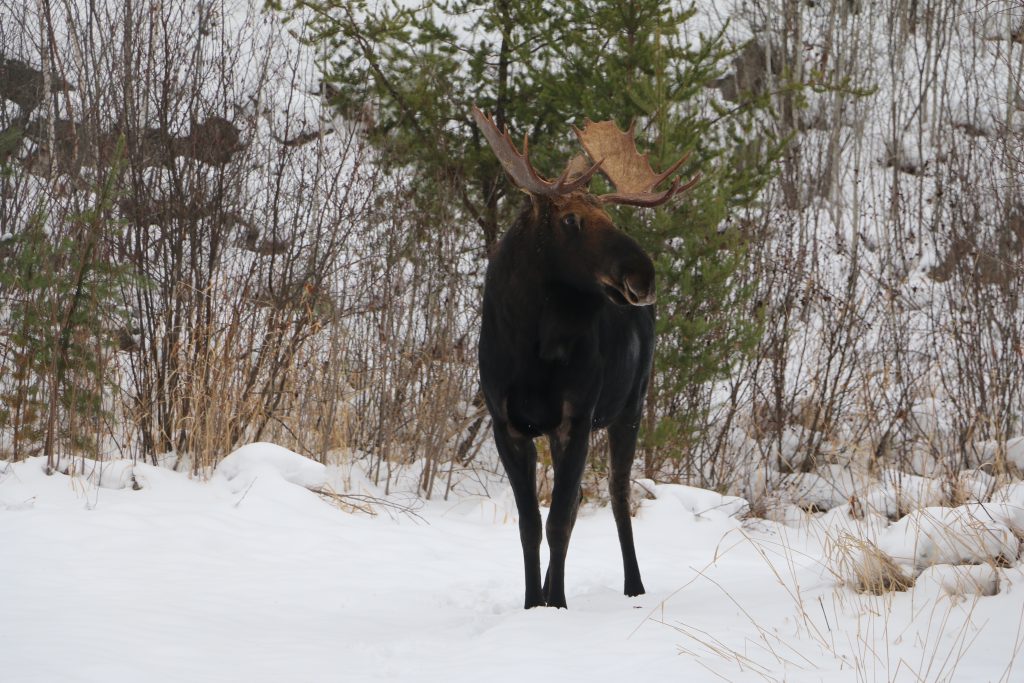 Does size matter? According to a recent article by John Meyer when it comes to moose it does. “Research to be published in an upcoming edition of the journal Global Change Biology shows that the size of moose skulls has shrunk 16 percent over the past 40 years.” The population of moose on Isle Royale has fluctuated over the years as had the wolf population. Rolf Peterson has been studying their relationship for over 50 years and he is a major proponent of bringing more wolves to the island.

I know there are other people who want to bring wolves back to Isle Royale for a number of reasons. The wolf population on the island has been dwindling over the past few years due to inbreeding and the lack of an ice bridge from the mainland. There may be only one wolf left on the island and if we don’t have a cold winter where ice forms on Lake Superior no wolves will be able to make their way to the island. Even if there is an ice bridge it isn’t a guarantee wolves will travel to Isle Royale. Rolf Peterson would like to see human intervention and have wolves brought to the island.

The moose population has exploded over recent years due to the small number of wolves. According to the article, “Moose numbers have tripled in the last 10 years to 1,600 this past winter.” The article doesn’t say what the all-time high population of moose has been over the years or what the case was before wolves arrived to the island in the 1940’s. What size population can the island sustain?

I don’t have all of the details but I find it interesting and you can read more about the research on this website. Moose are getting smaller and according to researchers there isn’t enough food to sustain the current population on the island. Starvation and malnourishment will most likely occur but what difference does that make? Isn’t that what happens in the natural world? Populations ebb and flow, go up and down and they seem to eventually level back off. If because of global warming our animal populations are suffering then they will continue to suffer. Maybe in the near future the climate on Isle Royale won’t even support moose then what will the wolves eat? I’m not saying I’m against bringing wolves to Isle Royale I just don’t see the urgency and I’m not 100% convinced it needs to happen.

If they want to get rid of some moose then I have the perfect place for them at the end of the Gunflint Trail!