Hiking the Centennial Trail on the Gunflint Trail

Sue Prom Posted on May 14, 2020 Posted in Gunflint Trail No Comments Tagged with Centennial hiking trail, Gunflint Trail, PAulsen mine, Pioneers in the Wilderness 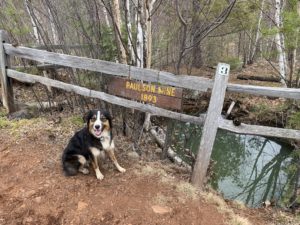 There are so many wonderful hiking trails on the Gunflint Trail and lucky for us, many of them are located near Voyageur Canoe Outfitters. Our cabin guests can access the numerous trails at Chi-Wauk Museum as well as the Seagull Lake Nature Trail by a quick five minute drive or they can paddle or walk to the trailheads. Just ten minutes away are two more trailheads including Magnetic Rock and the Centennial Hiking Trail.

The Centennial Trail is accessed via the Kekekabik Hiking Trail and is located approximately 47 miles from Grand Marais, Minnesota. One of the reasons I love the Centennial Trail is because it’s a loop route where you don’t have to hike the same terrain in and out. It’s a relatively easy 3.3 mile trek with just a few steep places that may require a person to scoot on their butt. There are typically some wet areas on the trail even during the dry season but they are easily avoided and there are boardwalks in the wettest areas. To fully enjoy the trail a person should plan to spend a couple of hours hiking. 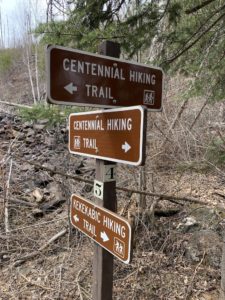 The best part about the Centennial Trail is the rich history surrounding it. It was created in 2009 after the Ham Lake Fire of 2007 exposed test pits and pilings from mineral explorations in the 1800’s.  Prospectors were hopeful and one man in particular, John A. Paulsen was interested in exploring for gold, silver, nickel and iron ore.

Along the trail there are test pits that are now filled with water and other debris. You can see the bottom of some of these pits while others are rumored to be over 70 feet deep.  The trail is marked with interpretive signs and there’s a pamphlet that tells about each stop.

A portion of the trail is on the old railway bed built by the Port Arthur Duluth and Western Railway Company to access the ore. A  500-foot long, 80-foot high trestle built with white pine was once a part of this impressive railway. There was even a place known as Gunflint City built on the shores of one of the lakes near the mine site. 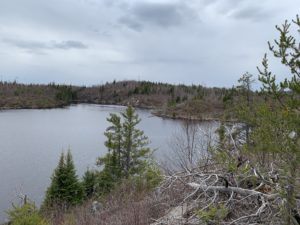 The railroad was later named the “Poverty, Agony, Distress and Want” because the endeavor was not successful or profitable. Ore was discovered elsewhere in the state and it was of a better quality and easier to get to than the Paulsen area. Only one load of ore ever left the area in 1893 and according to legend it was barely enough for a single horseshoe.

Financial troubles and a forest fire that severed tracks by Gunflint Lake forced the mine to close permanently. The book Pioneers in the Wilderness by Willis H. Raff has a complete history of the hows and whys of the railroad and mining on the Gunflint Trail for those who are interested. Another resource is the website by Dave Battistel who has studied and explored the area extensively.

Next time you’re on the Gunflint Trail be sure to take the time to hike the Centennial Hiking Trail. 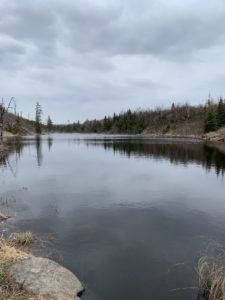 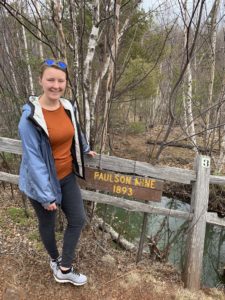 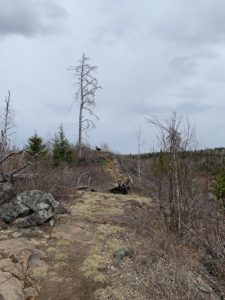 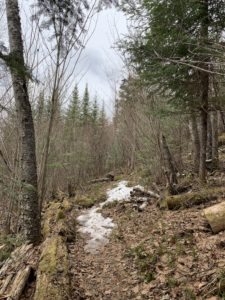