So many times, like television news, I blog about sad stories. I love a happy ending and I honestly didn’t think this story would have one when I first heard about the missing dog.  But luckily for everyone it is a very happy ending and a wonderful reunion story.  Reprinted without permission.

‘We were just ecstatic beyond words … reuniting was just extraordinary,’ said David Kareken 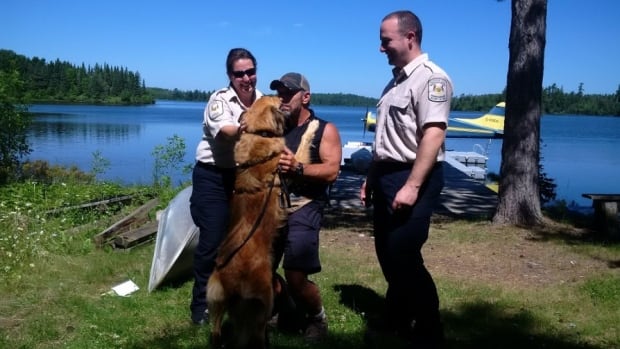 “Reuniting was just extraordinary,” said David Kareken, seen here greeting his lost dog Kali in northwestern Ontario after driving from North Carolina to fetch her. In the background is the plane used to fly Kali from a more remote area, to Atikokan, Ont. (www.ontarioparks.com)

A family from North Carolina is overjoyed to be reunited with their beloved family pet, after the dog was swept away in dangerous northern Ontario rapids, and survived for ten days in the wilderness.

In early July David Kareken was camping and canoeing in the Boundary Waters area of Quetico Provincial Park with his wife, 15-year-old son and their seven-year-old golden retriever/border collie mix, Kali.

The family had stopped to admire a rushing waterway known as Rebecca Falls, when the dog slipped into the dangerous water.

“That’s where we lost sight of her,” said Kareken, an experienced whitewater paddler, who watched his pet disappear in the violent rapids. 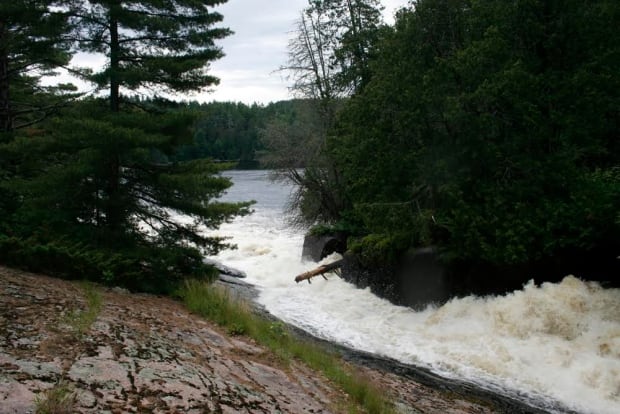 The ferocity of the water at Rebecca Falls, in Quetico Provincial Park in northwestern Ontario prevented him from jumping in after his dog when she fell, said David Kareken. ‘If I had gone in after her … it’s quite possible that I would have died.’ (David Kareken)

After searching for hours, and certain that their beloved pet had drowned, the family made the difficult decision to move on, and to leave the park to grieve.

“We were … just beside ourselves,” he said. “You know, it was a nightmare.”

But it wasn’t long before the family’s devastation turned to joy.

About two weeks after losing Kali, Kareken was surprised by a phone call at his home in Asheville, North Carolina, from Quetico Park. A dog matching Kali’s description had been found.

“When we finally got the news, I just, I fell to my knees,” he said, “because I couldn’t believe it — you know, she was alive, and healthy, and okay.”

He immediately got in his car, and began the journey back to northern Ontario to collect Kali, who was a little thinner, but otherwise in good shape.

“We were just ecstatic beyond words … reuniting was just extraordinary,” he said. 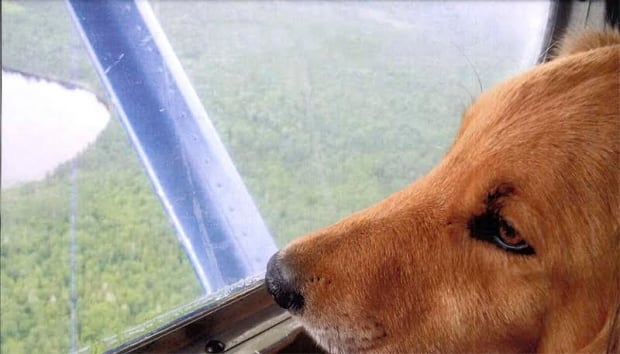 Golden retriever/border collie mix Kali looks through the window of the float plane that brought her out of the wilderness to meet her owner. (Quetico Provincial Park)

Kareken he’s amazed that Kali was able to survive alone in the wilderness, but also at the series of events that led to her rescue.

She was discovered not on the mainland, but on an island by a camper. The park was alerted, and sent a boat. Kali was then flown to Atikokan, Ont., and park officials began reaching out to contacts in the area, asking if anyone knew of a missing dog.

Before leaving the park, Kareken had told the forest service, an outfitter, and a camp his son was scheduled to attend about what had happened. The park got a response.

“I don’t know what powers of the universe were working on this,” said Kareken, but Kali is now home and safe. 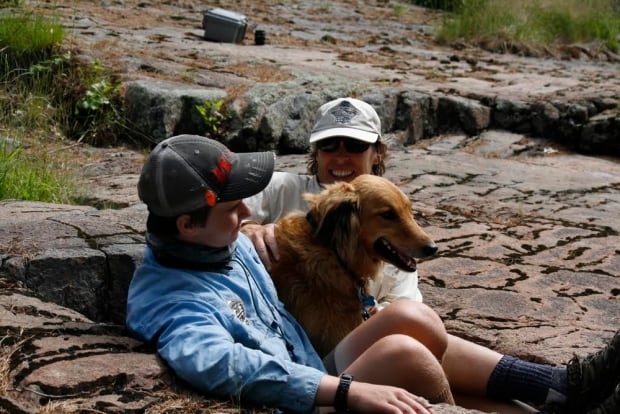 David Kareken thought this photo, of his wife Joy, his son Zachary and his dog Kali, would be the last ever taken of the dog. It was snapped just minutes before Kali fell into the water at Quetico. ‘I couldn’t look at it before,’ he said, ‘but now it is one of my favourite photos of the trip.’