Roger Hahn and his wife Debbie owned Seagull Outfitters when Mike and I first moved to the Gunflint Trail in 1993.  When I first saw him I thought he was dressed for town or going somewhere special. I soon realized he always dressed impeccably, with a preference toward polo shirts and nice dress shorts.  I have no clue how he managed to keep neat and clean as a canoe outfitter but somehow he always looked good. He was a kind and friendly man whose life ended too soon. May he rest in peace. 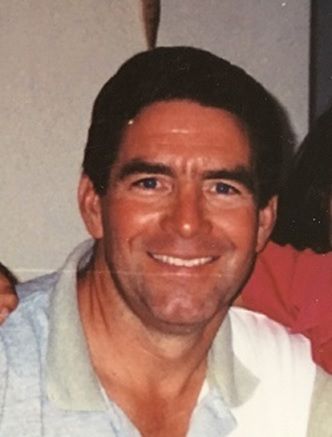 Roger Allen Hahn was born March 17, 1955, in Shakopee, Minnesota to Eugene and Lorna Chapman-Hahn. He passed away at his home in Mountain Center, Ca. on August 10, 2016. Roger graduated High School in Shakopee,MN. and went on to earn a degree from University of Minnesota at Morris. After College he spent time doing counseling at youth camps in Mn. and WI. and later would own a canoe outfitting business at Seagull Lake on the Gunflint Trail. Roger moved to Southern California in 2002 where he met is wife and soulmate Annalisa. They quickly made their home on 2.5 arces flanked by the Santa Rosa and San Bernardino National Forrest. He was in his element surrounded by wildlife and numerous hiking and bike trails. He was embraced by Annalisa’s large family and spend many weekends showing his “New Nephew” Ross everything he could about the joys and pleasure of life, including camping, fishing, rollerblading and being a gentleman. He became and instant son and brother to Annalisa’s Parents Ruben and Irene and brother Lionel and sister Rubena. Roger and Annalisa opened a successful Antique Store and Website Called the Antique Hunter. This venture gave Roger great joy as it allowed him to fulfill one of his passion for picking and meeting people. He pursued his other passions of writing and photography and wrote for local paper as well as several on-online publications. He and Annalisa spent 13 wonderful years crossing off “bucket List” items such to Montana to fly fish as many rivers as possible. Roger is survived by his wife and soulmate Annalisa Hahn, brother Terry(Kathy) and 4 nephews and 10 great nieces and newphews: At the time of his passing Roger was pursuing his Ultimate bucket list item: writing a novel. Services and Interment for Roger will take place in Shakopee,MN. In The Care of McNeary Funeral Home 1220 3rd Avenue East Shakopee ,MN. 55379. Interment will be at Valley Cemetery in Shakopee.