Elsa is amazing. That is the word that best describes who she is. She’s originally from the Philippines but has lived in the United States for most of her adult life. She’s married to Ron from the US and for the past 7 years they have spent their summers at Voyageur and returned to the Philipines during the winter.  Her salary she makes at Voyageur helps to support her many family members back home for the entire year.

Elsa spends the majority of her time working in the kitchen.  She’s an incredible cook and baker who makes way too many cakes, cookies, brownies, crisps and bars for anyone to lose weight during the summer. She feeds the crew of Voyageur breakfast, lunch and dinner which is no easy task. As a person who doesn’t like to eat much meat she can make anything taste delicious. Her chicken is to die for, meatloaf is mouthwatering and there is no better burger in the world than what she makes.   She’s also in charge of the pancake breakfasts, pizza orders and outfitting goodies like Gorp and Hudson Bay Bread.   It’s a real blessing to have Elsa cooking.

When Elsa isn’t working she can be found looking for blueberries. She loves to pick even more than me. She can squat for hours on end and is an extremely clean picker. Bugs, leaves, twigs and other unnecessary items don’t end up in Elsa’s bucket accidentally. She can always pick twice as many blueberries as I can in the same amount of time.

We’re super happy to have Elsa as a member of the Voyageur Crew and although her shoe size is small we’d never be able to fill them in her absence. 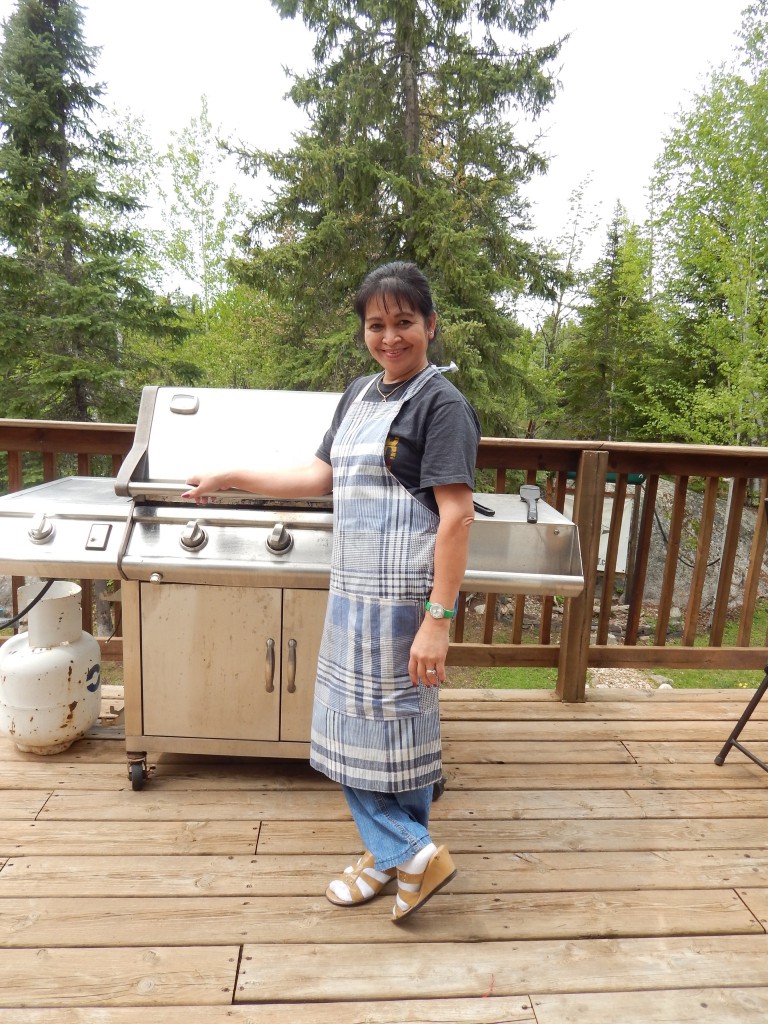