Home › BWCA › Darkest Skies at the end of the Gunflint Trail

Darkest Skies at the end of the Gunflint Trail 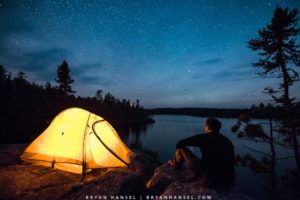 Tilt your head back the next time you are outside at night. What can you see in the sky? The stars and constellations you are able to see will vary depending upon the amount of light pollution around you. When you are at the end of the Gunflint Trail standing on the dock of Voyageur Canoe Outfitters you can see millions of stars in the sky. It’s the perfect place to pick out constellations, view the northern lights and gaze at the milky way. We’re a very special place when it comes to dark skies and this is not just our opinion.

The end of the Gunflint Trail is ranked one on the Bortle scale and that makes us very special. The night skies rank among the darkest on the earth.  The Bortle scale was created by an astronomer, John Bortle, in 2001. It ranks the darkness of locations on a scale of one to nine; nine being inner city skies, one being the darkest. There’s no official entity that ranks locations according to the Bortle scale. Rather each number on the scale corresponds with a set of guidelines which define that ranking based on what you can see in the sky at that level of darkness. The end of the Gunflint meets all the requirements for a Bortle one. 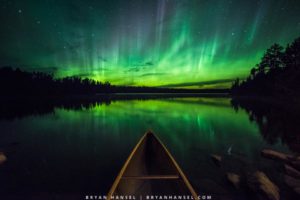 If you’re looking for a place to gaze at the stars, have an opportunity to see the northern lights or just get away from the glow of the city then come visit us at Voyageur. We’ll turn the lights off for you. 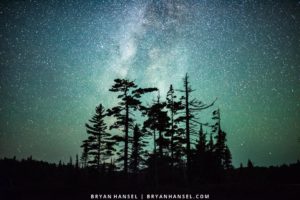