Catch and Release a Fish Correctly

Have you ever been unprepared to catch a fish? I have and it isn’t fun. It seems like when I’m prepared to catch a fish I won’t get one but as soon as I just toss a lure out there for the fun of it I hook into a northern pike. Then I find myself without a needle nose plier completely unprepared to release the fish. This not only causes me stress but it also stresses out the fish. Being prepared is just the first step in properly catching and releasing a fish. Read on for more.

Anglers can boost the odds of fish surviving catch and release with methods that avoid internal damage to fish.

“Fish can be injured by hooks, stress and being pulled from deep water,” said Brad Parsons, central region fisheries manager with the Minnesota Department of Natural Resources. “As we head into the fishing season we remind anglers to keep the fish’s survival in mind when planning to catch and release.”

Fish hooked in the mouth almost always survive. Setting the hook quickly helps avoid hooking a fish in the stomach or gills. Jigs, circle hooks and active baits like crankbaits are more likely to hook a fish in the mouth. Barbless hooks or pinched barbs can help, but where a fish gets hooked is more important than the presence or absence of a barb.

Quickly landing a fish, minimizing its time out of water and handling the fish firmly but carefully all help it survive after release.

“By all means take photos, but it helps to have the camera ready and to have pliers that work well for taking hooks out,” Parsons said. “Cutting the line and leaving the hook in the fish is also a good option.”

The DNR encourages anglers to practice some restraint when the fish are really biting, especially during the summer or when fishing deep water. Fish pulled up from deep water can experience stress and injury, so anglers who plan on catch-and-release are reminded to avoid deep water.

“Deep water and also warm water temperatures increase the stress put on fish when caught and released,” Parsons said. “Anglers tend to do more fishing and catch more fish in warm weather, but these are also important times to take special care during catch and release.”

Here are a few more tips for successfully releasing fish:

For more information on fishing and fishing regulations, visit www.mndnr.gov/fishmn.

More tips from the DNR-

Question of the week    Q: What are some tips for successfully releasing fish?

A: The most important thing to remember about how to release fish without injuring them is to be prepared. Have the necessary equipment readily available: needle-nose pliers, forceps, line clipper, a soft mesh or coated landing net – and oh yes, your camera.

It is critically important to minimize the time the fish is out of the water. If possible, unhook the fish while it is in the water. If taking a picture, hold larger fish horizontally with the head and body supported. Do not hold large fish vertically or by the gills or eyes.

Play and land the fish as quickly as possible and moisten your hands with water to protect the fish’s slime layer and prevent post-release infections. If the fish is deeply hooked, cut the line inside the fish’s mouth. If it is deeply hooked and bleeding, consider keeping the fish to eat as long as it is of legal size in the open angling season for that species.

With the state record fish program now accepting applications for catch-and-release muskie, flathead catfish and lake sturgeon, anglers with a potentially record-setting catch are encouraged to quickly measure and take a picture of the fish before releasing it. Allowing state records to be set via catch-and-release presents an opportunity to recognize Minnesota’s outstanding fishing opportunities for these species while also formally honoring the skill of anglers who catch and release a trophy muskie, flathead or sturgeon. For guidelines, visit www.mndnr.gov/recordfish. 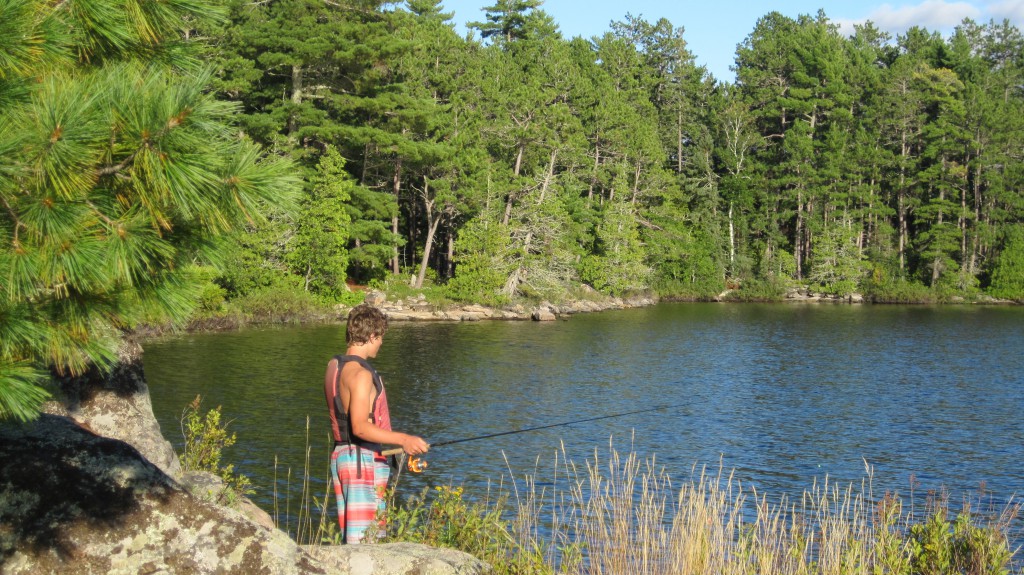 Fishing in the Boundary Waters