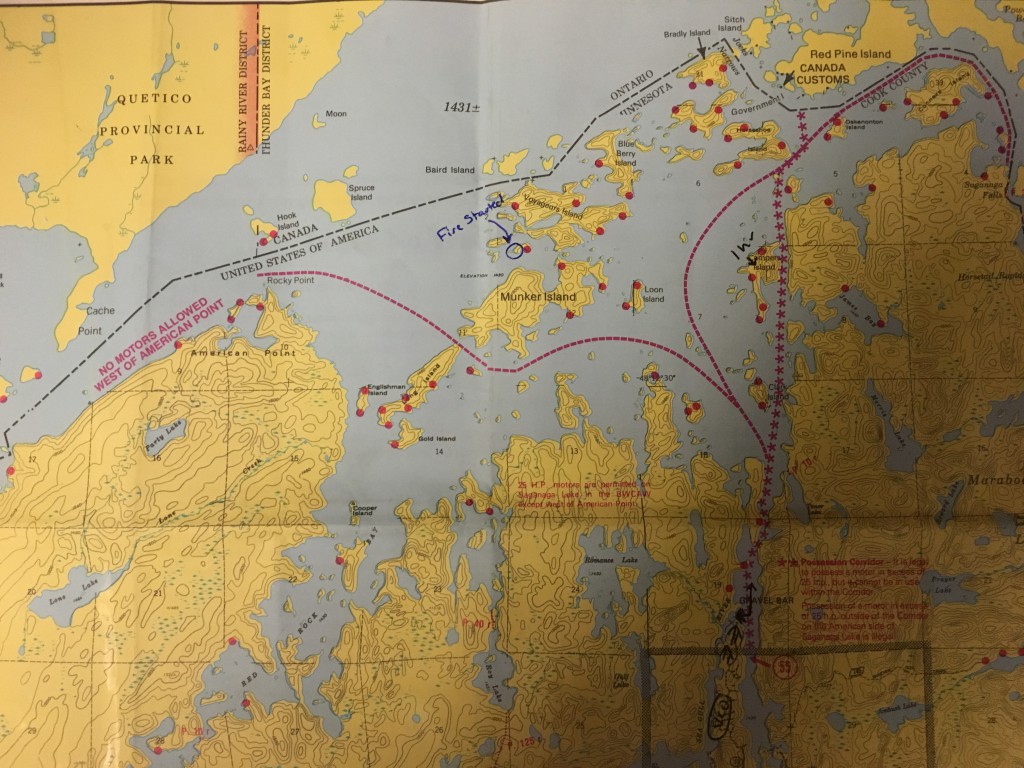 On the afternoon of September 22nd around 4pm our crew member Alex noticed smoke. He was out on Saganaga Lake and was returning from a tow out to Hook Island or American Point. He veered off of his course to check out the smoke and saw flames on the west end of the island. There were no people in sight so he used the portable radio to contact Rachel back at Voyageur.  She contacted the Cook County Sheriff’s Department who contacted the USFS. She also got a hold of Eric Johnson who is in charge of the Canadian Saganaga Lake Fire Crew. He and another homeowner grabbed 2 fire pumps and met Alex at the fire. They set up their pumps, sprayed water and did what they could to fight it while waiting for the USFS.  The USFS arrived and took over the fire fighting operation and spent the next day monitoring it.

The island has a campsite on it but the fire wasn’t near the campsite. The fire was on the opposite side of the island and it looked like someone had an illegal campfire there. The trouble with campers just making their own fire ring wherever they want is they do not know what they are doing.  Fires in our neck of the woods can make their way underground and into the duff where they can smolder for days. Once conditions are ripe for a fire they can ignite and turn into a full blown wildfire. Luckily this fire was spotted quickly and extinguished before causing too much damage. It’s just another reminder to be smart, follow the rules and listen to Smokey Bear, “Only you can prevent wildfires.”