Mike was on the Duluth News last night talking about the Boundary Waters opening on May 5th this year. Check out this link for the video, https://kbjr6.com/2020/04/16/businesses-brace-for-ripple-effect-from-bwca-closure/.

Here’s the article in case you don’t want to see him:)

GRAND MARAIS, MN. — Businesses up the North Shore rely on campers headed to the Boundary Waters.

However, after news that the BWCA will be closed to campers until May 4, some are expecting to feel the ripple effect it will have on their businesses.

“The timing actually couldn’t be better being April. The boundary waters being closed right now is pretty much a non issue because there is ice”, said Mike Prom, owner of Voyageur Canoe Outfitters.

Prom said it’s still too early to tell just how big of an impact this closure could have. Along with the ice, most of the visitors come a bit later in the spring and into the summer.

But he added, if the closure goes beyond May 4, it could mean an extreme blow.

“If it was the end of the summer, or we lose a whole season, that’s scary. We are kind of like a farm, we have to put a crop in, we make our living in 3-5 months so if we lose a couple of those months it’s going to be really difficult”, Prom added.

Prom added they’re already starting to see fewer non-profit groups such as the Boy Scouts and church groups they normally see booking trips around this time.

“Those are the kind of reservations that one, take more time to get planned far in advance and those are the cancellations we’ve taken”, said Prom.

He said emails and phone calls have also gone silent during this stay at home order.

Prom said, “We want people thinking about it because Minnesotans, outdoors is therapy, that’s our drug and we are going to need that therapy when we are done, it’s just a matter of when that is.”

Prom said 65% of his guests are from Minneapolis/St. Paul area, and 80% are from Minnesota, so he’s hoping he’ll see a surge in visitors once the state’s restrictions are lifted.

Prom added that they are hopefully to have people returning to the area by Memorial Day weekend, but any time after that, the percentage of losses increase daily. 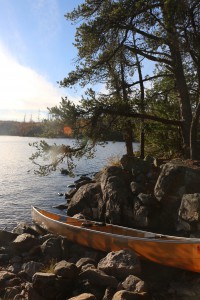 Paddle to the Palisades