Have you ever been walking on a lake and felt like you were falling through the ice? It’s a scary feeling. The other day while out snowshoeing in the Boundary Waters I thought I was going down. There was a good 6-10″ of snow on top of the ice and I was trekking along when suddenly my foot sank into slush that went past the top of my boot. It surprised me and as I tried to take another step sideways I sank even farther and lost my balance. I ended up sloshing around on my butt as I tried to quickly get upright again.

Getting your feet or clothing wet on a cold winter day can be a big deal. Lucky for me the temperature was just under freezing, there was no wind and the slush on the snowshoes wasn’t freezing solid. I thought about turning back but I had a destination in mind so I continued on my way wet feet and all.

As I was walking I thought about tales I had heard of other folks encountering slush while traveling on snow covered wilderness lakes. My first thought went to a story I heard about some old-timer around Saganaga. They were out getting supplies or checking a trap line and the ice built up so thick on their snowshoes they had to stop and make a fire to let them thaw out before they could return home.

Thankfully I was just on a short, leisurely trek and the only thing hurt by the slush were my legs. They were super sore and tired from lifting up 10 pounds of slush on top of my snowshoe with every step I took.

I’m hoping the slush will freeze as it sometimes does during the winter.  It will take cold temperatures or some wind to blow the snow off of the ice to allow the slush to be exposed and freeze. And if it doesn’t? Next time I’ll wear bigger snowshoes so I don’t sink down quite as deep. 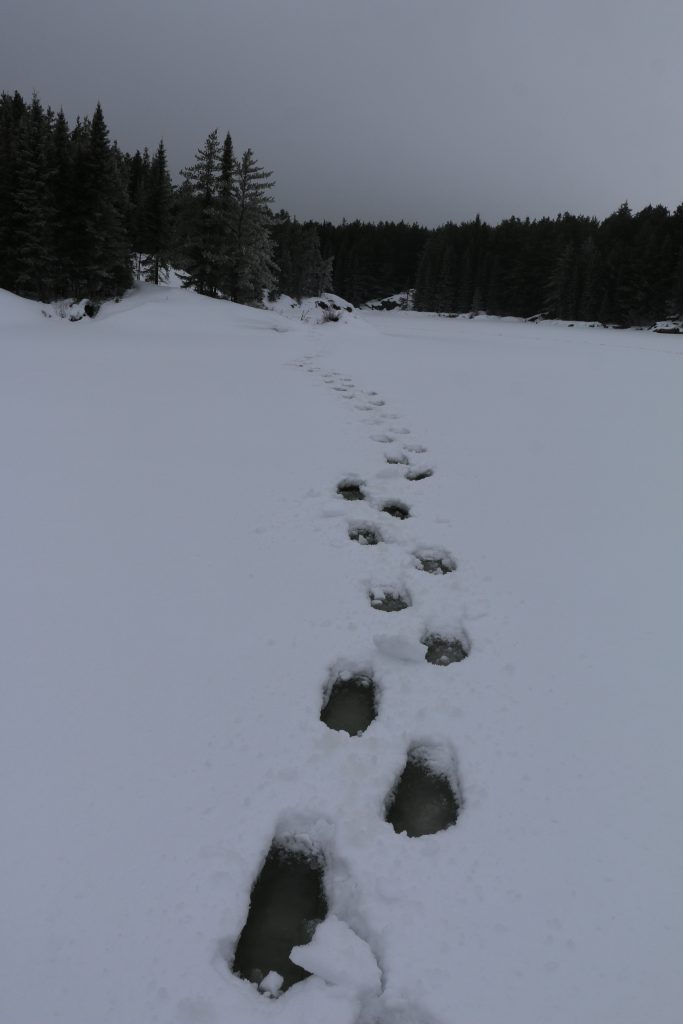