I wrote the following article about Benny Ambrose to update one of our web site pages. While I never met Benny I have heard numerous stories about him and his life on Ottertrack Lake.

Benny Ambrose was the last man allowed to live in the Boundary Waters Canoe Area Wilderness. He established a homestead on Ottertrack Lake in the late 1920’s and lived there until his death in 1982. 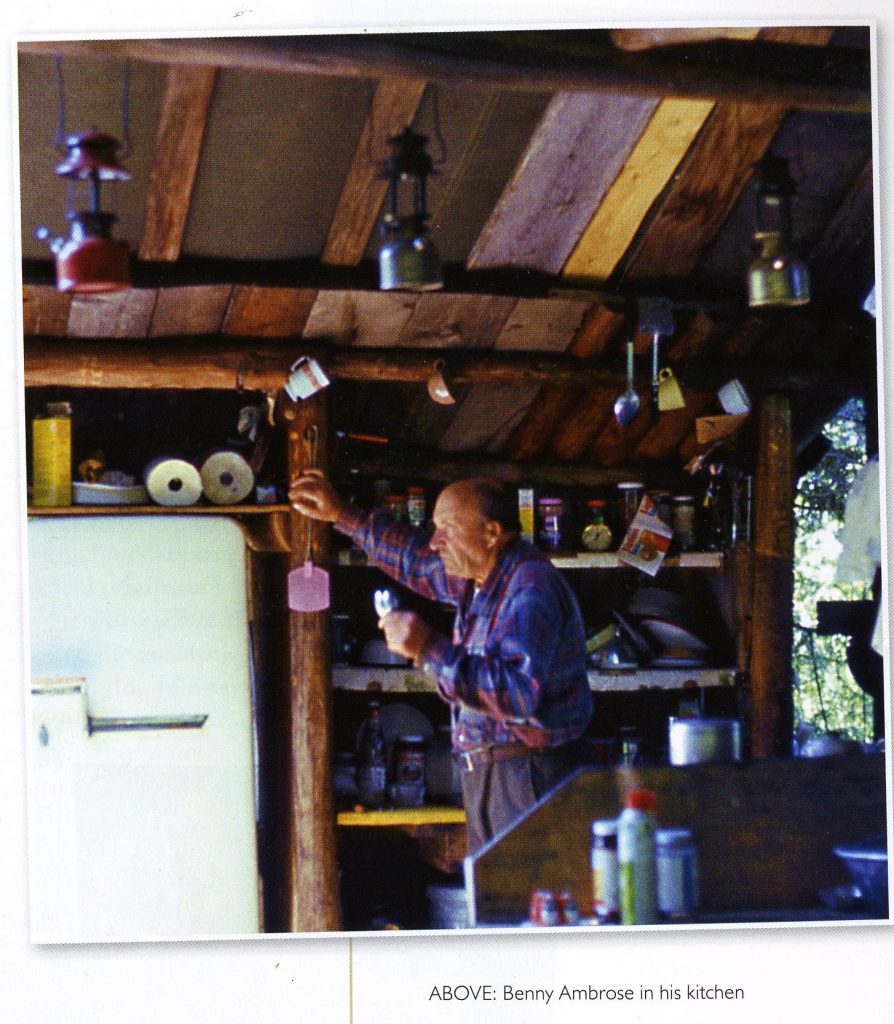 Benny in his kitchen

He was born in Iowa and at age 14 when his dad-remarried he ran away from home. His dream was to pan for gold in Alaska but he needed to earn some money before he could venture north.

He took odd jobs in the Midwest until 1917 when he enlisted during WW1. He met an Ojibway man from Grand Portage who told him about the beauty of northeastern Minnesota and about the chance to explore for gold and other mineral deposits there.

When he was discharged in 1919 he first went to Hovland before making his way up the Gunflint Trail about a year later. On the Gunflint Trail he prospected, took odd jobs and made friends with the Ojibway who taught him skills of hunting, fishing, canoeing fur trapping, snowshoeing and surviving long winters.

He didn’t have a home he just pitched a tent or stayed in empty trapper cabins. He guided fishing trips for the resorts on the Gunflint Trail then moved to Ottertrack in the late 1920’s.

He spent winters trapping in the frigid cold sometimes out for days at a time.  He guided fishing in the summers and tended to his garden which he created by hauling muck from beaver ponds and black dirt from Iowa.

In 1937 he met and married a woman who he promised he would build an actual cabin for. Two kids and about ten years later his wife left him so their girls could have a normal life with friends and school.  His daughters would continue to spend summers with him at Ottertrack. 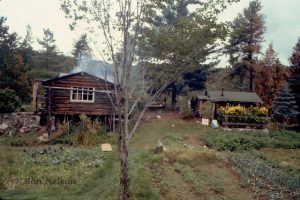 Meanwhile the government was busy drawing boundaries, making rules and establishing wilderness areas that included Benny’s homestead on Ottertrack Lake.  In 1909 the Superior National Forest was created followed by designating 640,000 acres inside of the forest as wilderness in 1926.  In 1938 the Superior Roadless Primitive Area was established and in 1948 Congress passed Thye-Blatnik Act to buy resorts and private lands in the wilderness.  The Wilderness Act of 1964 said all homesteads in the BWCA had to be surrendered to government and all man-made structures removed by 1975.

The USFS thought by 1975 Benny would be ready to leave his home on Ottertrack but that wasn’t the case. They threatened condemning his structures and evicting him but his relationships with powerful people and publicity his storiy received kept the USFS from doing anything to remove him from the wilderness. Instead they designated Benny as a federal wilderness volunteer so could live out his life on Ottertrack.

Benny was an extraordinary woodsman who could fish, trap and carry heavy loads over wilderness lakes by snowshoe or canoe. He was a story-teller, a conversationalist  and a friend who was loved by all of his guests and clients whom he met over the years. He was a pioneer in a wilderness area before it was a wilderness. He survived and thrived for over 50 years in a remote and sometimes unforgiving land surrounded by the pristine beauty of the natural world.  The next time you’re paddling on Ottertrack Lake take a peek at his homestead and see if you agree with what he said when asked why he picked that particular spot on Ottertrack, “It was the prettiest spot I ever saw.”

Most of the information above can be credited to an article by Ralph Wright-Peterson. You can read it in full here.