↓ Skip to Main Content
Home › torn › What About the Smell?

What About the Smell?

What about the awful smell this summer in Grand Marais? I know it isn’t good for tourism to complain about how bad it smells in town sometimes but it’s just another thing that makes me want to spend more time at the end of the Gunflint Trail. 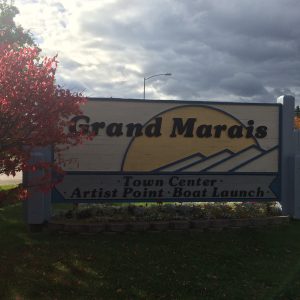 I like to be outside and since it’s more difficult to do that in the winter I try to make the most of our summer months. I enjoy sitting on the deck at the house in town but this summer just having the windows open on some days has resulted in experiencing the overwhelming smell of shit.

The waste water treatment plant is obviously struggling to keep up with the number of showers and flushes this summer. In the past, there may have been a day or two a person could smell septic in town. The wind had to be just right to get a whiff of stench but this summer it doesn’t seem to matter what direction the wind is blowing or if it’s blowing at all, it just stinks. I’m hopeful they can fix whatever problem they have or upgrade to a better system sooner rather than later. 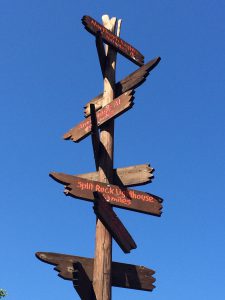 I know Grand Marais isn’t the worst smelling place on earth and most people probably can’t even smell it but like my ears are sensitive to sound my nose must be very sensitive to smell.  I’ve vacationed places like Yellowstone and suffered through the sulfur stench and stayed in Savannah, GA where the paper mill made the whole town reek in spite of it’s charmful appearance. Even if I had to smell septic every day, year around in Grand Marais it would be a far better place to live than almost everywhere else, except at the end of the Gunflint Trail.

I will admit we sometimes have septic smells in the summer on our most busiest days at Voyageur. Our septic holding tank is right in front of the lodge and it is pumped from their up to our mound septic system. You can’t normally smell anything unless we’ve had an extremely busy day and then it’s only if you are within close proximity to the holding tank. The smell doesn’t cover the entire resort and it doesn’t last very long. 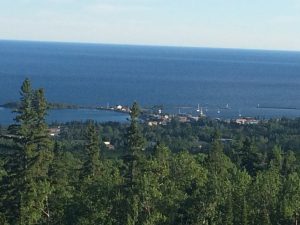 One day this summer the poop truck was visiting Voyageur and pumping poop out of a holding tank in a boat and into their truck at our docks. It was one of the most offensive smells I’ve encountered and I wondered who on earth said it was ok for them to use our docks? I of course would have said it was fine too, but that is beside the point. At the time I was gagging and thinking how much better it would have been for them to use the public landing.

The smells at the end of the Gunflint Trail are normally wonderful. Fresh unpolluted air mixes so nicely with the plants found in our woods. Sometimes when I walk by the moose pond I get the faint smell of Patchoulli and other times I can smell the wild roses in the breeze. While boating or paddling on Saganaga you can smell pine and if you’re at a campsite with cedar trees you’ll imagine yourself in a cedar treasure chest it smells so good. 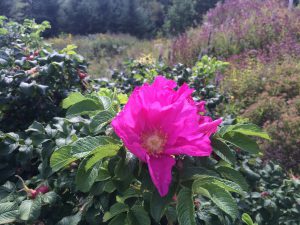 There’s no vehicle exhaust in the Boundary Waters because there aren’t any roads. You can’t smell what your neighbors are cooking or what the stubborn guy down the road who continues to use a burn barrel is burning. You can sometimes catch a whiff of a distant campfire but for me that is a welcome smell.

A welcome smell is actually either no smell at all or the smell of the fresh earth found at the end of the Gunflint Trail. 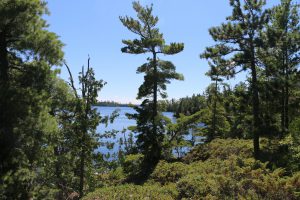