↓ Skip to Main Content
Home › BWCA › To Ely and Back

To Ely and Back

Sue Prom Posted on May 26, 2017 Posted in BWCA No Comments Tagged with bwca rainbow

Today, Friday of Memorial Weekend, Josh had a make-up baseball game in Soudan, MN. Soudan is just outside of Ely, MN. The game was scheduled for 4pm so that meant leaving Grand Marais by 1pm to make it there in time. The sky in Grand Marais was partly cloudy and 55 degrees when we left. As we drove inland it got warmer and sunnier and by the time we made it to Ely it was 75 and sunny.

We could see a storm cloud in the distance as we drove towards Soudan. By the time we made it to the field it was drizzling rain. Within a few minutes it was pouring down rain with lightning. Thirty minutes later the field was wet with a few puddles around the bases but the storm had passed.

The other team decided to cancel the game. Needless to say, the ten or more parents who had spent the past three hours driving were not happy. 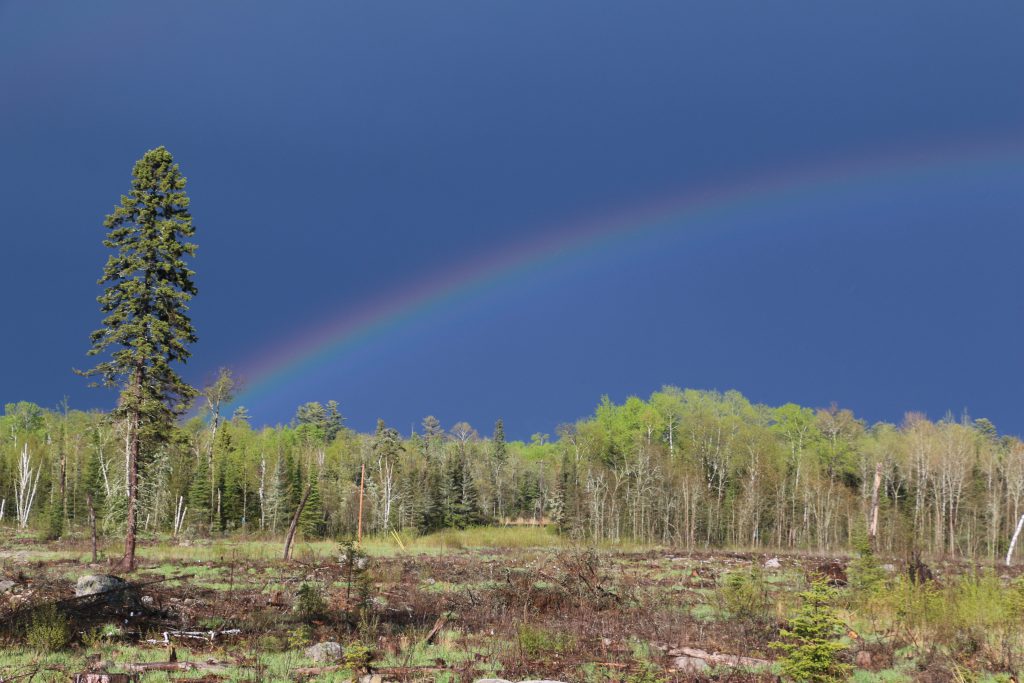 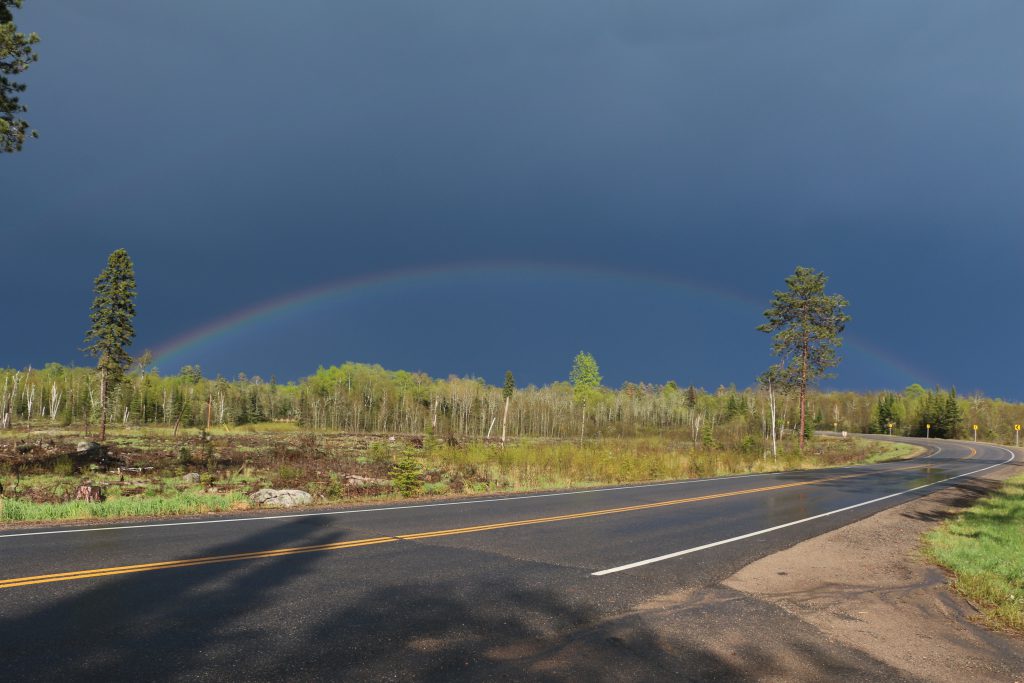 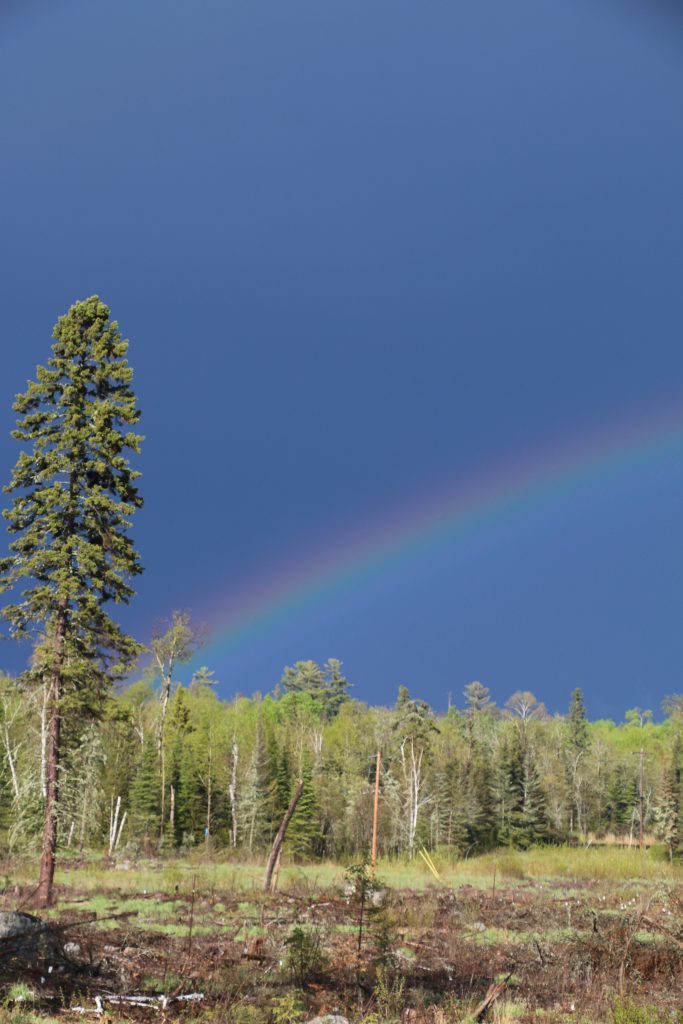