It’s been a long time since Voyageur Canoe Outfitters attended a Sport and Travel Show. I think the last one we did was when Abby was in Kindergarten and she is now a Sophomore.

A couple of weekends ago we were at a hockey tournament and the arena building had one sheet of ice and another area where a Sport Show was being held. Since Josh had to be at the rink an hour earlier than game time we decided to check out the show.

As we wandered the aisles with our 16 year-old Abby it brought back some memories. I asked her, “Do you remember how you would beg to go inside every camper?” Believe me when I tell you some of those shows had tons of campers of all different shapes and sizes but Abby didn’t remember going into them.  “Do you remember begging to sit on every snowmobile and ATV?” She didn’t remember that either but the one thing Abby could remember was going to the fishing pond, we did that a lot too. And we also looked at any live animals a million times, watched the lumberjack shows repeatedly and checked out big boats, tents, toys and more. I recall a number of fast stroller walks up and down the aisles trying to get her to sleep too.

We were lucky the internet became so popular when it did. It was about that same time and with the kids starting school Sport Shows became less appealing. I can’t imagine trying to fit a Sport Show into our schedule now with the kids and all of their athletic activities. Rarely does a weekend go by when there isn’t a game or two for one of them or both of them.

Yes, we’re lucky and blessed to be able to market online to potential guests and depend on our repeat guests so we don’t have to exhibit at Sport Shows. We had some wonderful times, met great people and knew the features of all of those campers inside and out. 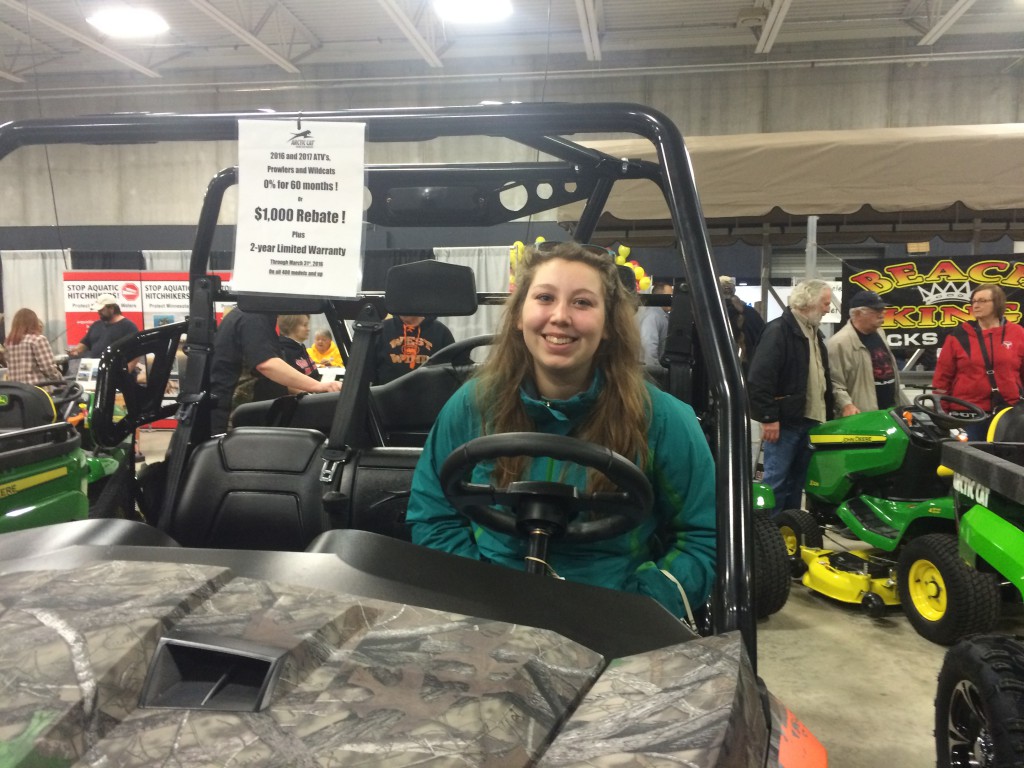 Checking out an ATV