John Bouchard spent many years on Saganaga Lake and even wrote a book about his experiences there called, “Life on the Invisible Line.” I wasn’t able to access his obituary but here’s what his biography for his book had to say.

John Bouchard was born in1934, in Falcon Bridge, Ontario. From an early age, John displayed artistic ability. As a young child, he drew detailed pictures, displaying talent far beyond his age. As an older child he began to paint pictures which caught the attention of many. In 1957, he attended The Southern Alberta College of Fine Arts, in Calgary, Alberta, where he studied graphic art and design. Upon completion, he worked as a sign designer, creating signs for various businesses. John had always had a penchant for the outdoors. He left his sign design job, pursuing his love for the wilderness. He bought a trap line near Petrie, Ontario. He enjoyed trapping, being his own boss, and working in the wilderness. That summer, he worked for the Department of Lands and Forests as a “tower man” at the Loch Erne fire tower near Shebandowan Lake. In 1967, his work with Lands and Forests led him to a summer job as Ranger at the Cache Bay Quetico Park Ranger Station. During the winter of 1968, John accepted a position with a toy manufacturer in Chanhassen, Minnesota, where he designed stuffed toys. Once again, John was not content with an indoor job. In the spring of 1968, John acquired a seasonal job as Deputy Conservation Officer at Saganaga Lake. During the winters, he trapped in the same area. In 1985, John was promoted to Conservation Officer and was posted in Nakina, Ontario. A few years later, he was transferred to Upsala, Ontario. John retired in 1994. 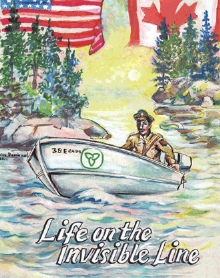