Have you been to Iona’s Beach on the North Shore? I’ve used the port-a-potty at the boat landing before and I’ve hiked around to check out the beach but I haven’t explored the beach as much as I would like to. I would also like to go swimming here but it will have to wait until next year I’m afraid. It’s a neat stop that doesn’t see many visitors.

Few beaches of significant size exist on the Lake Superior shore in Minnesota. This one begins at a northern shore cliff of pink rhyolite and felsite bedrock, and stretches over 300 yards nearly straight south to a cliff and headland of dark gray basalt. Prevailing storm winds and waves have gnawed slabs of pink rhyolite from the northern cliff, smoothed them into flattened pebbles or “shingles,” and tossed them down shore, high up on the beach, ultimately at the south end against the basalt formation. As the waves recede, the shingles come to rest with a tinkling sound unique to this beach.

Back from the beach, now 15 to 20 feet high, lies a moist swale of alder, paper birch, balsam poplar, currant, and dogwood. Waves hurl rocks, wind, and water ever higher into that vegetation, nibbling the earth away from a fringe of roots now exposed. 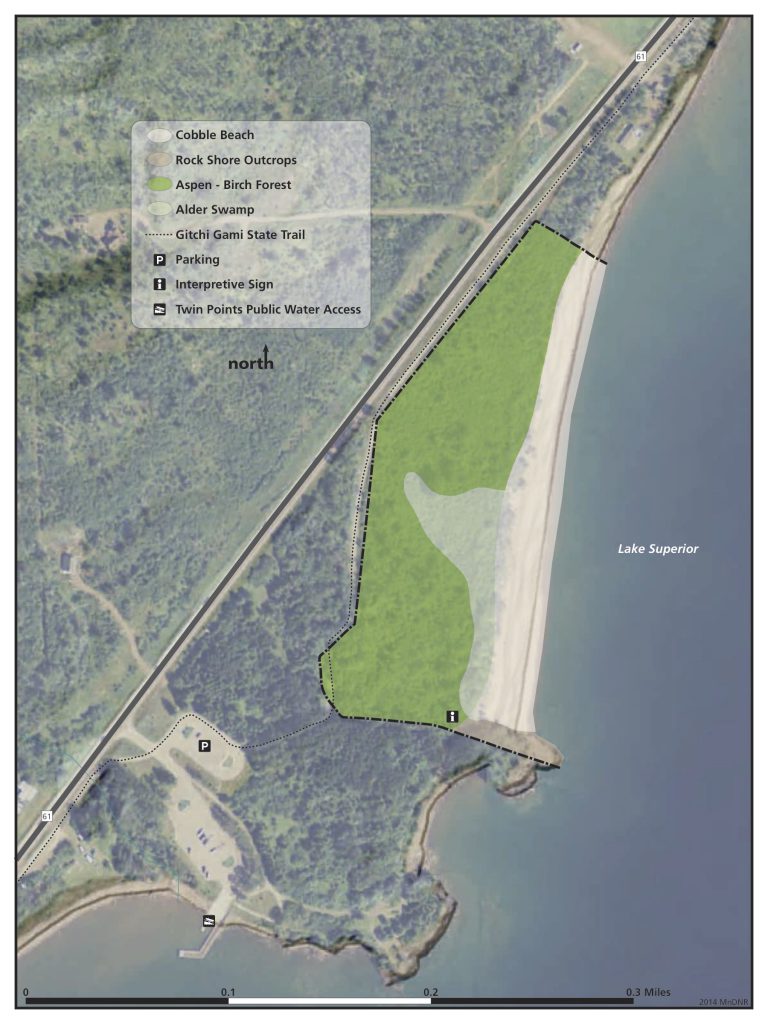