We don’t often get to see ore boats close to shore in Grand Marais, Minnesota so it’s a special treat when we do. This was the case the other day as we were driving on Highway 61. The fog on the lake made the ship look more like a ghost ship than an ore boat.  Of course pictures never do justice but I’ve added one anyway.

We probably won’t see any more ore ships this year as the locks leading to the other great lakes close this Friday at midnight. They will remain closed until March 25th when they will re-open.

According to a web article there will be 7 ships wintering in the Twin Ports Harbor and just one ship is still out on Lake Superior. The 1,000-foot “Paul R. Tregurtha” is delivering iron ore around Lake Superior and is expected to return to port next week. Maybe we’ll see it and maybe we’ll just see a ghost ship. 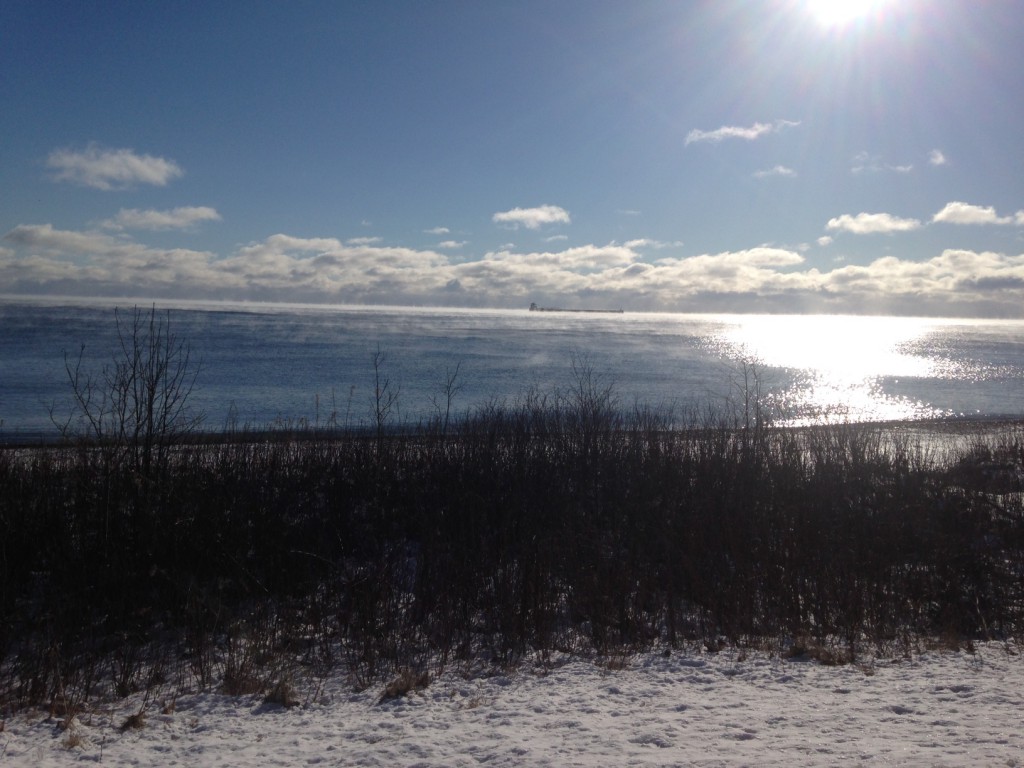