Cross-country skiing isn’t for everyone

Did you happen to read the article about cross-country skiing in the New York Times Magazine? Sam Anderson’s article titled, “What Cross-Country Skiing Reveals About the Human Condition,” paints a picture of people who participate in cross-country skiing.

The picture I created in my mind after reading his article was of a crazy-eyed, helmet wearing, tight encased, stiff body with a frozen expression of boredom on the face of a dead body.

What does a cross-country skiier really look like? It looks like an old bearded man happily enjoying a ski on a frozen lake or a thirty-year-old woman pulling her kids behind her on a snowy path through the woods. It looks like two old women wearing Columbia jackets and ski pants as they shuffle side by side on a groomed trail or a young man skate skiing his way from point A to point B.

Are there heroes wearing helmets, tights and goggles gritting their teeth in a form of self-torture looking for glory of some sort? I suppose there may be but during my twenty plus years of cross-country skiing I have yet to see one. I do see people enjoying the thrill of a steep downhill, smiling with happiness as they spot wildlife in the woods and enjoying being out in the quiet, white wilderness.

Annie Porkane wrote a rebuttal to Anderson’s article and she describes the sport as, “Arguably the toughest outdoor sport in the world, it requires a unique combination of  strength, speed, and endurance. The lateral movements of skate skiing are at once unnatural and exhausting, while the technique for proper classic skiing leaves most untrained participants feeling like they’re just shuffling around. To succeed at racing uphill, athletes have to have ridiculous VO2 maxes, and put in 800 to 1000-plus hours a year of endurance and strength training.”
In spite of how difficult the sport of cross-country skiing is, almost anyone can cross-country ski and most people who try it enjoy it. You don’t have to push yourself to the limits or find the steepest hills to climb. You can travel at your own pace or the pace of a friend. I’ll take a ski on a zero degree day any day over trodding along on a treadmill staring at the world outside. And don’t worry, you won’t ever find me wearing tights, a helmet or goggles while I’m skiing and if you happen to come across my dead body in the woods it’s a smile I was wearing on my face when I died. 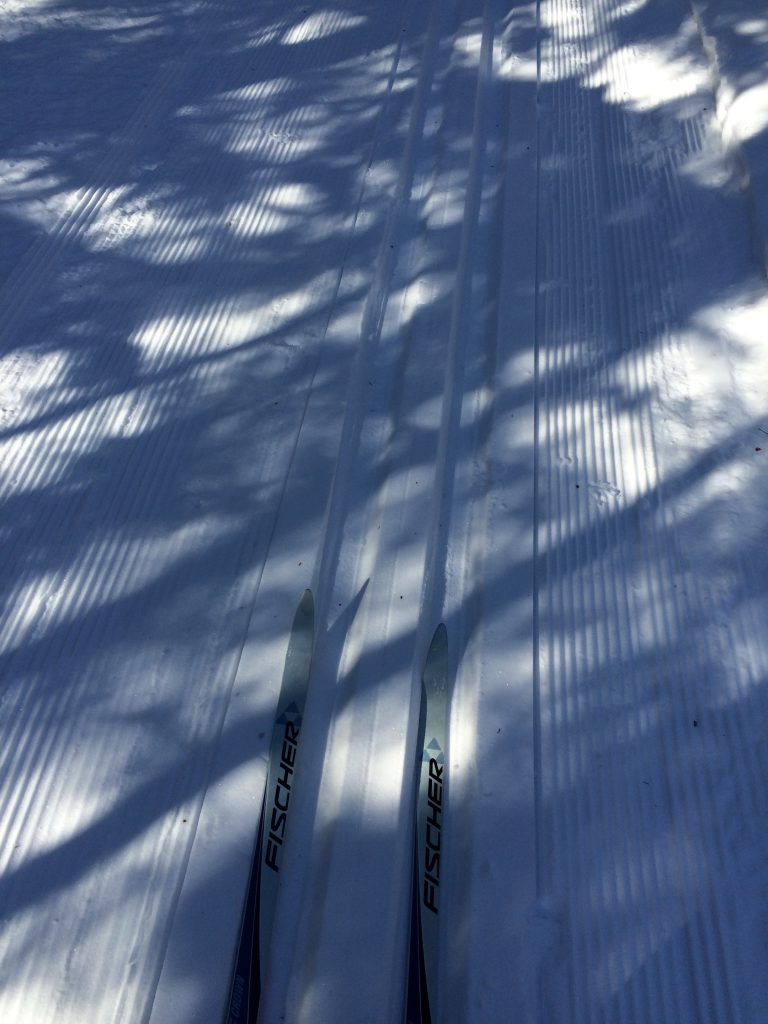