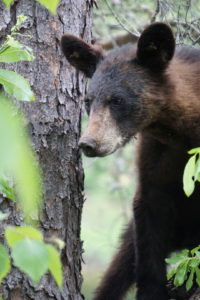 It’s been a dry summer so far in the Boundary Waters and the Superior National Forest has enacted a fire ban. This means no open campfires are allowed in the BWCA during the 4th of July and after until conditions change.

The Forest Service says current drought data shows lands across Superior National Forest, including the entire BWCA, are in the ‘abnormally dry’ and ‘moderate drought’ condition categories. Such conditions can cause serious harm and dangerous scenarios, including increased fire danger and a decline in lake and river levels. Due to these conditions, the potential for wildfires remains high in and around the Superior National Forest. With the continued lack of moisture and increase in temperatures, potential heat sources such as engines or campfires can easily ignite surrounding vegetation, resulting in a wildfire, the Forest Service says.

The blueberry crop was looking really good earlier in the season but the lack of moisture isn’t good. This could mean fewer berries and hungrier bears. Normally once berries ripen black bears find plenty to eat without visiting a campsite. We are hoping this is the case as there have been a number of bear sightings at BWCA campsites over the past couple of weeks. We even have a resident bear at Voyageur who doesn’t mind being treed by Bosley or having his photo taken.

Please use caution during these dry conditions and keep a clean camp in the Boundary Waters to keep bears and other critters away.